And the world could reap the benefits, from disease cures to ending world hunger. 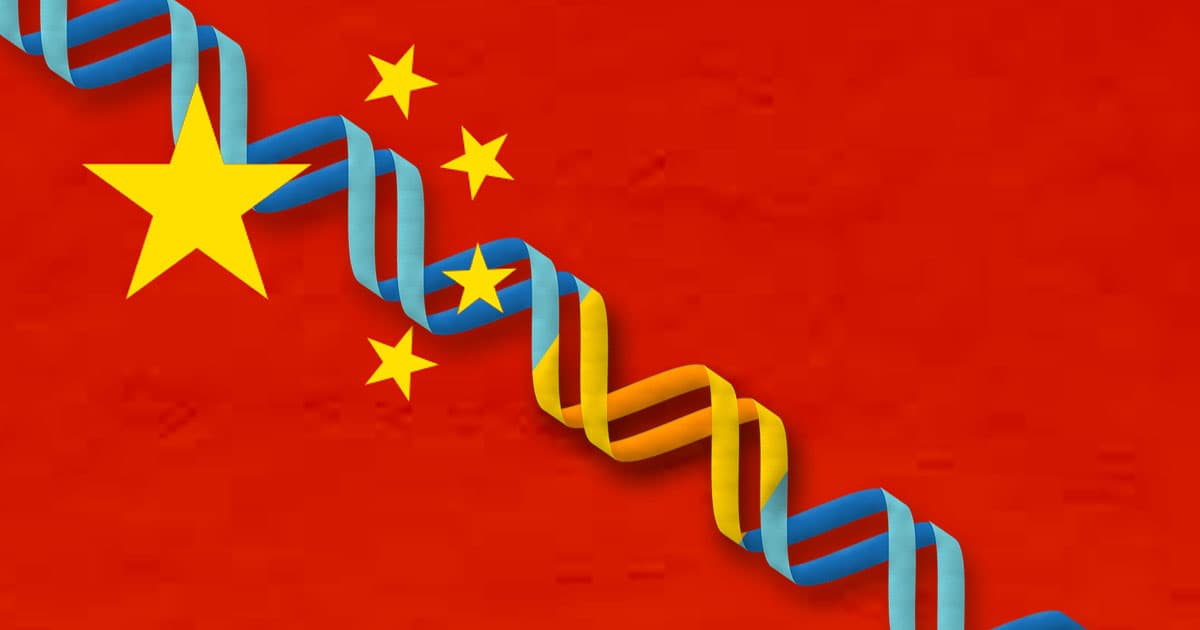 American scientists may have been the first to use CRISPR to edit animal DNA, but no country on Earth has embraced that capability with the same zeal as China.

Today, the nation serves as the global center for CRISPR animal experiments, with its scientists being the first to use the tool to edit the genes of rats, rabbits, dogs, monkeys, and other species — often to give them painful diseases, ranging from muscular dystrophy to cancer.

Such experiments are highly controversial in the United States, where public opinion polls show that more than half of people oppose the use of animals for scientific research altogether. However, they're embraced by both the Chinese public and its government — and ultimately, that could end up benefiting us all.

In a newly published Science Magazine story, scientists from China and beyond detail the factors allowing the country to make such quick headway in CRISPR research.

"This is a country and a culture that really values science and technology," Jennifer Doudna, the U.S. scientist largely credited with developing CRISPR, told Science. "Their government has put very serious money into it, and they’re walking the walk."

That stands in stark contrast to the U.S., where non-human primate research is currently under intense scrutiny — in fact, Congress may soon force the National Institutes of Health to end such experiments altogether.

This lack of support has even spurred some CRISPR scientists to leave the U.S. and go — where else? — to China.

"In the States, it is harder to do monkey studies, so I moved back,” developmental biologist Yang Hui told Science.

Ultimately, it's easy to see why so many people are against genetically engineering animals, especially when those animals are so closely related to our own species.

One look at the big, sad eyes of the five baby macaques Chinese scientists recently engineered to have sleep disorders could be enough to make anyone question the ethics of such experiments.

But those Chinese scientists — and the ones in the new Science piece — do adhere to international ethical standards, and the potential benefits of their work could be literally world-changing.

China's CRISPR animal experiments have the potential to lead to cures for Alzheimer’s, Parkinson’s, or any number of human diseases. They could help scientists figure out how to grow replacement organs for humans, putting an end to long transplant waiting lists.

Chinese scientists are already engineering animals that are resistant to disease, which could increase the global food supply and perhaps end world hunger altogether.

Unfortunately, those advances will come at the cost of animals' lives — and right now, that's a price China appears willing to pay, even if other nations aren't.

More on CRISPR: These $17,000 Mice Are Gene-Edited to Mimic Human Diseases

Read This Next
Whack-an-Alien
Chinese Scientists Say They May Have Detected Signal From Extraterrestrial Intelligence, But Probably Not
Make It Rain
Scientists Say They Caught China Successfully Changing the Weather
Meet Garlic
Chinese Firm Wants to Give Cloned Pets the Original's "Memories"
Breaking Models
Scientists Are Having Trouble Keeping Gene-Hacked Creatures Alive
Eat Up
CRISPR Co-Inventor: We’ll Be Eating Gene-Edited Food In Five Years
More on Hard Science
Good God
Yesterday on the byte
Huge Cloud of Toxic Yellow Gas Kills 13
zombie star
Yesterday on futurism
Scientists Puzzled by Star That Exploded in Supernova But Somehow Survived
Life on Mars
Jun 21 on the byte
Physicist Says There's a Small Chance You'll Wake Up on Mars Tomorrow Due to Quantum Physics
READ MORE STORIES ABOUT / Hard Science
Keep up.
Subscribe to our daily newsletter to keep in touch with the subjects shaping our future.
+Social+Newsletter
TopicsAbout UsContact Us
Copyright ©, Camden Media Inc All Rights Reserved. See our User Agreement, Privacy Policy and Data Use Policy. The material on this site may not be reproduced, distributed, transmitted, cached or otherwise used, except with prior written permission of Futurism. Fonts by Typekit and Monotype.