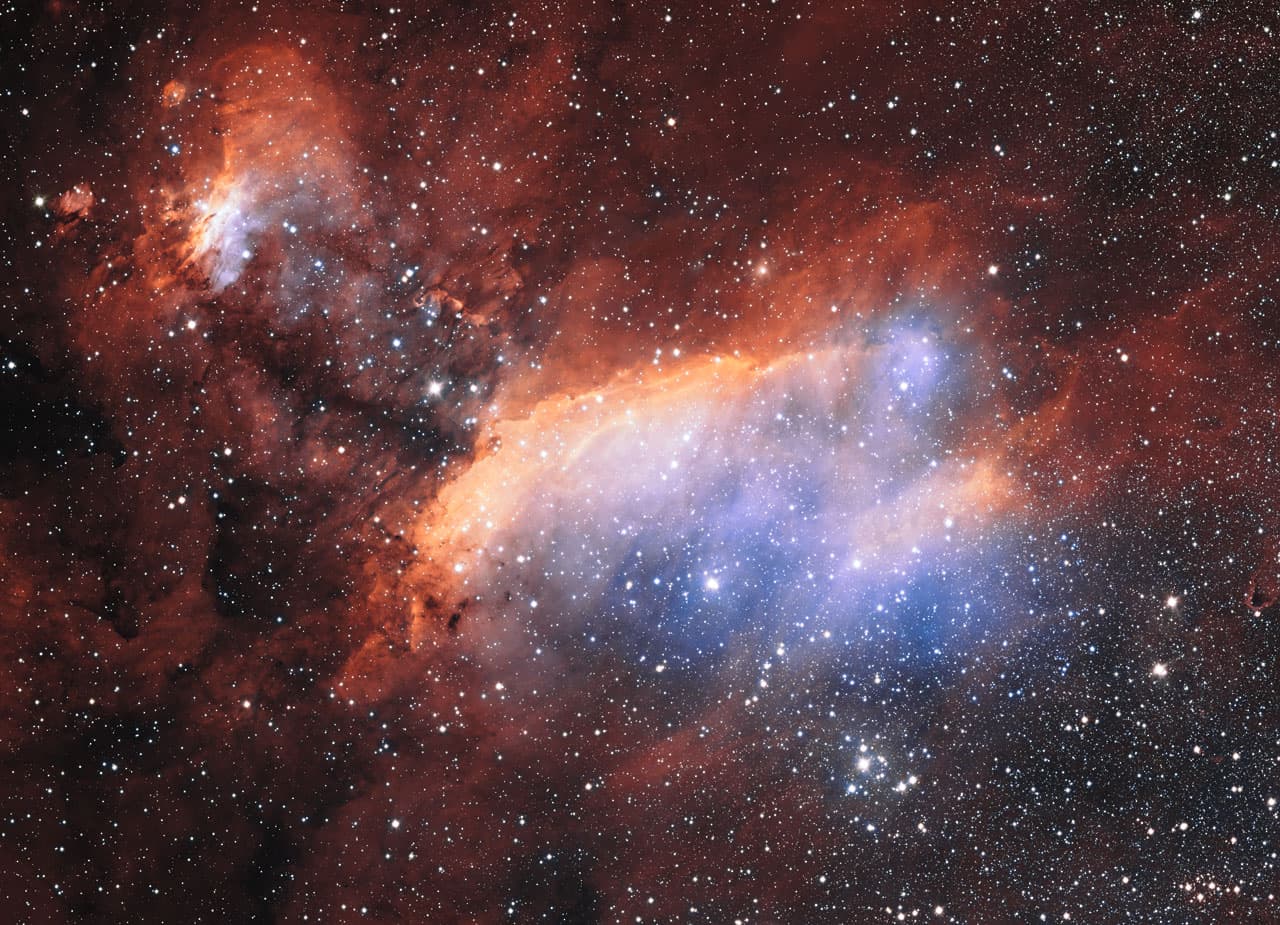 This newly-released image captures the Prawn nebula (located more than 6,000 light-years from Earth in the constellation of Scorpius) in never-before-seen clarity. The region spans some 250 light-years in diameter, which is equivalent to the length of four full moons in our night sky. Despite its amazingly large size, the region is quite dim because most of the light from embedded stars is emitted at wavelengths that are invisible to the human eye. Therefore, special tools are needed to capture the stars in all of their glory.

Those special tools are present in one of the ESO's most powerful telescopes, known as the VLT Survey Telescope (VST). It shows the colorful fallout of ionization - the process in which ultraviolet radiation changes surrounding hydrogen gas clouds. Through this process, the ultraviolet radiation strips atoms of their electrons, causing them to recombine and shine brilliantly. Furthermore, we can determine the chemical composition of nebulae based on the spectra of their light. Most notably, in this particular region, hydrogen emission can be seen in red.