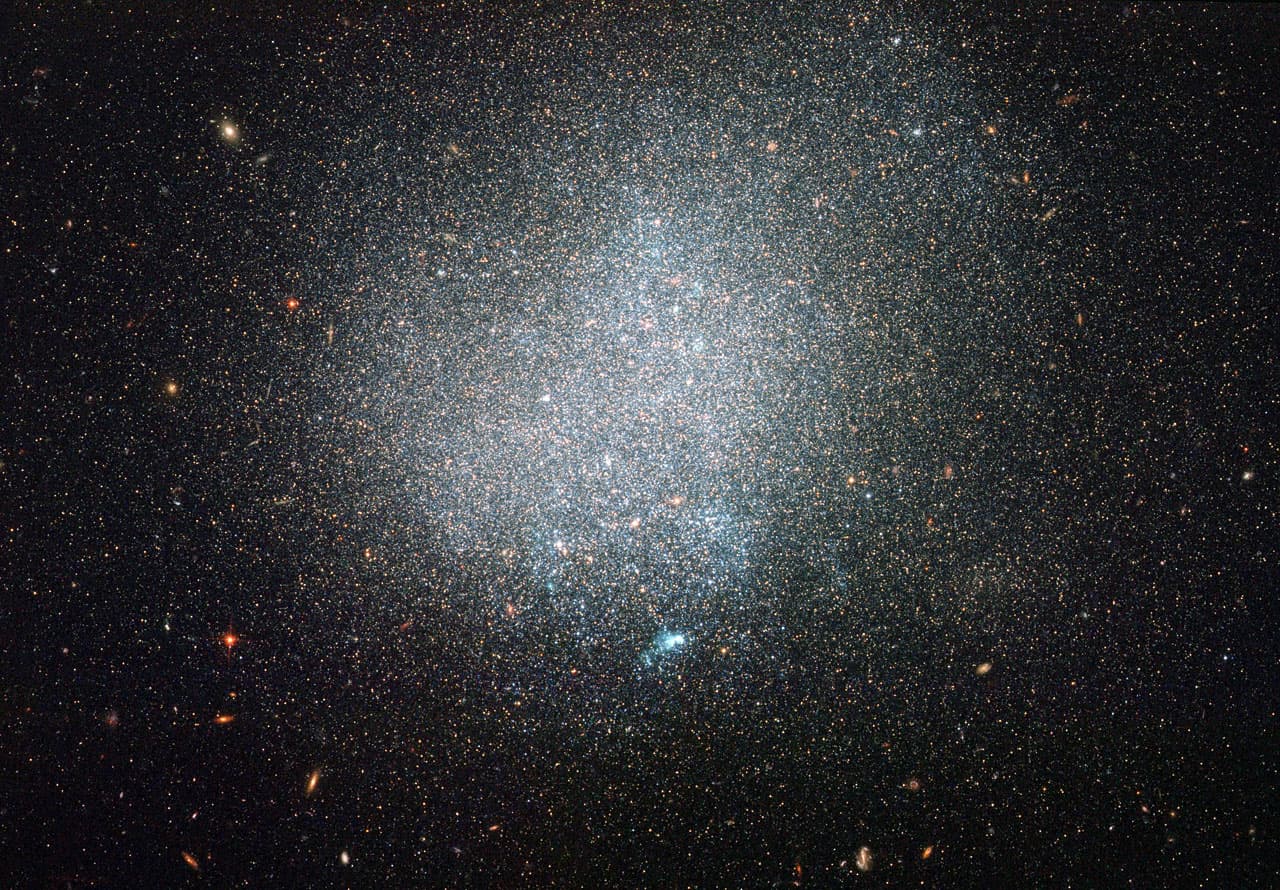 This is the irregular dwarf galaxy DDO 190 (named for the David Dunlap Observatory where it was cataloged), it is located about 9-million light years from Earth.

Dwarf Galaxies are much smaller galaxies, often containing only a few ten million or a hundred million stars. These objects are usually satellites to much larger galaxies; using the Milky Way as an example, we have a cloud of a few dozen dwarf galaxies in orbit around our galactic home. Looking at DDO 190, we can see older, red stars on its outskirts and younger bluer stars towards the middle.

DDO 190 is associated with the Messier 94 galaxy group. Even then, the dwarf is rather isolated making it a particularly interesting case. Our best estimates place the DDO 190’s closest galaxy at about 3-million light-years away, as comparison, most of the Milky Way’s companion galaxies are within 20% of that distance. To take things to the next level, the Andromeda Galaxy is closer to the Milky Way than DDO 190 is to its closest neighbor.