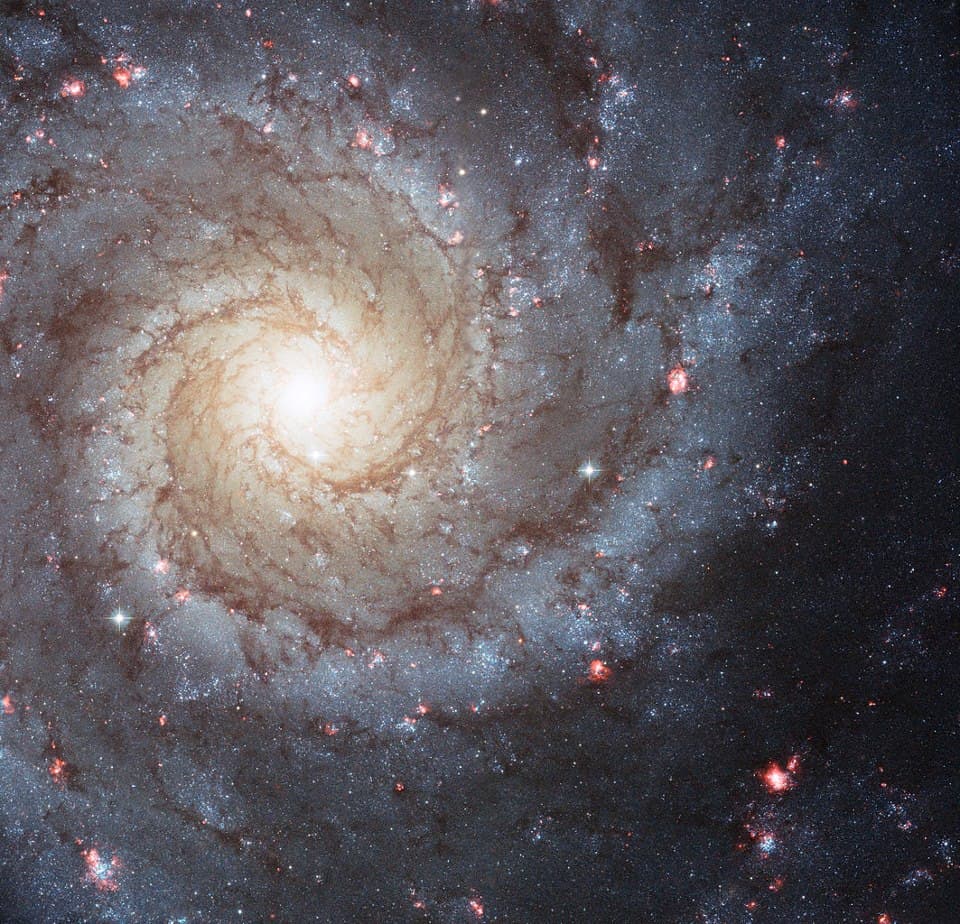 This brilliant face-on galaxy is none other than messier 74 (also known by its much duller name: NGC 628). Located within the constellation of Pisces, this galaxy is about 32-million light-years from Earth, which puts it in our general area – universally speaking. About 100-billion stars call M74 home; making M74 the brightest and largest member of its galactic group (called the M74 Group).

The galaxy has an extremely low surface brightness, which makes it very difficult for amateur astronomers to locate; however, it’s an ideal target for professional astronomers due to its massive size and convenient orientation. Primarily, it is viewed by those interested in studying the structure of spiral arms.