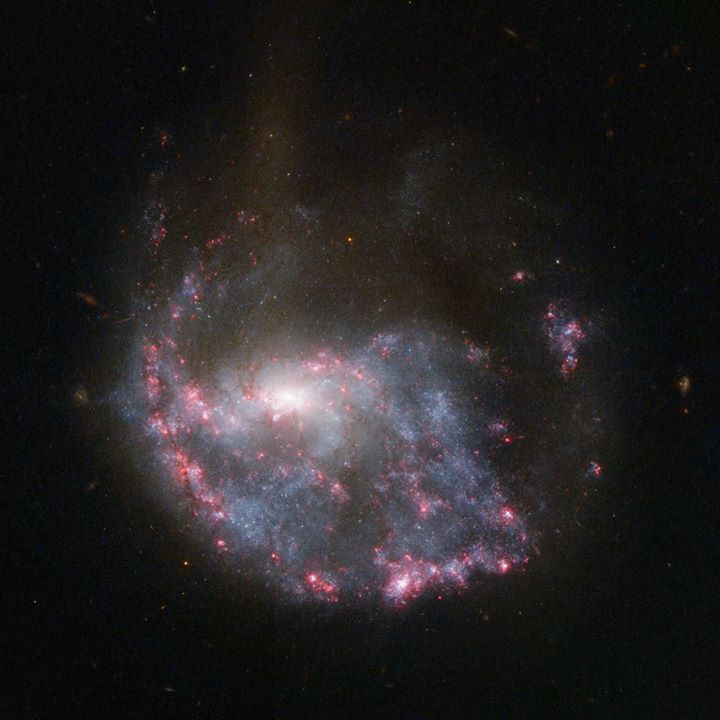 This is NGC 922, it is 75,000 light years across and can be found 150-million light-years away in the constellation Fornax.

One of the first things you notice about NGC 922 is its irregular shape. This is because NGC 922 is still recovering from a collision between a large and a small galaxy which took place some 300-million light years away.

In concert with the galaxy’s spectacular appearance, it has an unusually high density of massive black holes. These objects were found when the Chandra X-ray Observatory surveyed the galaxy thus reveling several glowing orbs. In addition, astronomers have found a rich concentration of heavy elements scattered throughout the nebula. In the end, the black holes should have prevented the massive stars that formed those elements from forming (or, at least most of them).

This is puzzling to scientists and what does a puzzled scientist do? More research. Let’s see what we can decipher about this oddball.