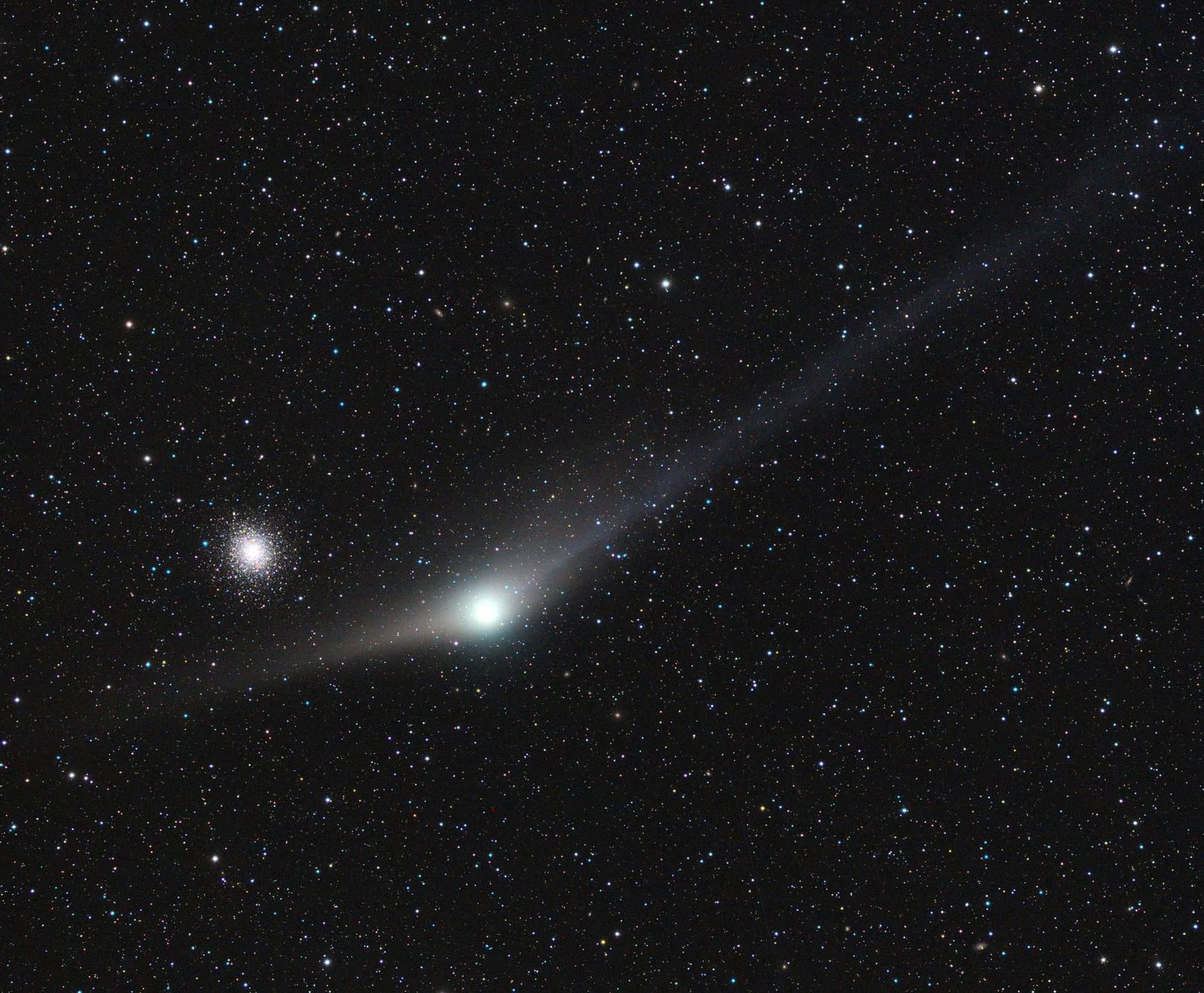 This is the comet Garradd, pictured as it appeared while in the sky within 0.5 degrees of M92 (the bright star cluster to the left of the comet) on February 3rd, 2012. The comet is currently more than 12.5 light-minutes from Earth.

One of the first things you’ll notice about this particular image is that the comet appears to have two tails. As comets get near the sun, the solar energy heats it up and the comet loses small amounts of matter, creating the iconic comet tail. Solar winds then blow the particulate matter in the direction facing away from the Sun, resulting in gas particles moving effortlessly, whereas rock particles tend to linger behind. All of this give way to the illusion of two tails.