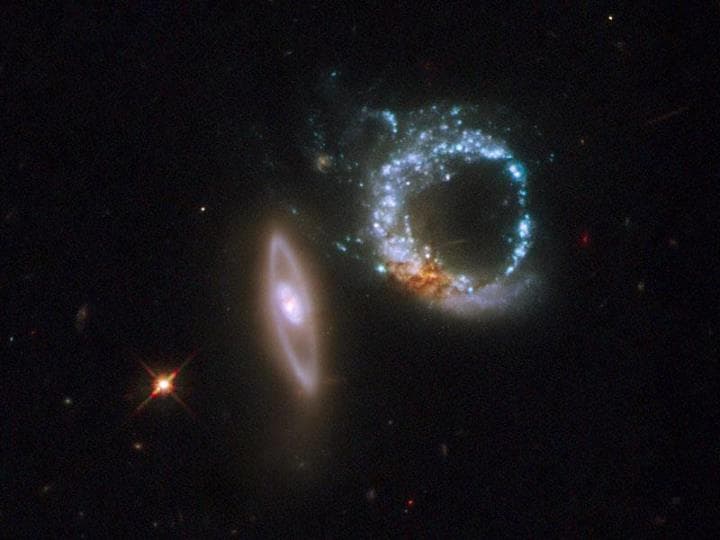 These two galaxies,collectively known as Arp 147, are located about 450 million light-years from Earth in the Cetus constellation. Several hundreds of millions of years ago, the gravitational pull of the galaxies eventually brought the two close enough to do the celestial tango - each coming together slowly to  create one, single galaxy.

Before the merger, One of the galaxies was a spiral and the other was elliptical. The "rings" were formed when one galaxy passed through the other, which spqwned an interesting circular wave structure (similar ones can be seen when you toss a pebble into a pond, watching as little ripples form around the point in which the stone and the water meet). After the collision, the galaxy underwent a period of furious star formation, forming millions of extremely massive, metal-poor blue stars that will burn intensely for a few million years before exploding in a violent (albeit, beautiful) supernova blast. They will then contract to form neutron stars, pulsars or stellar-mass black holes.