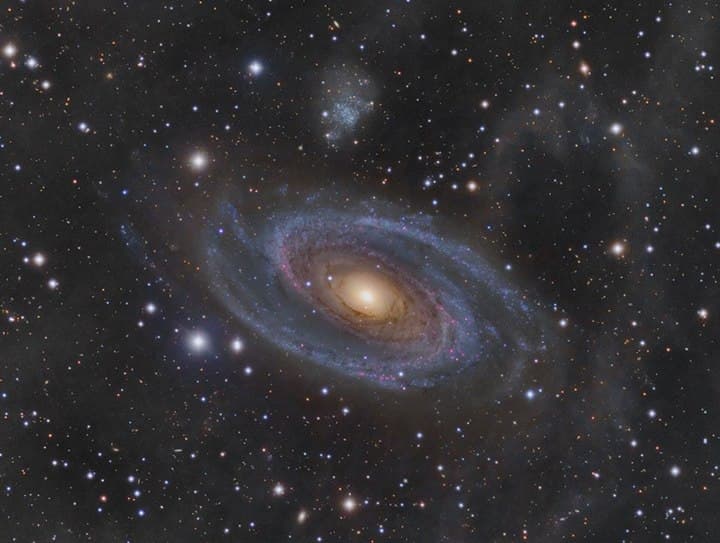 The grand spiral galaxy, known as Messier 81, is one of the brightest and most picturesque galaxies in our local corner of the universe. In this image, captured by Bernard Miller, it's easy to understand how it got its title.

Here, we can easily make out the bright central core of the galaxy. Extending beyond the yellow-tinged hue of the galactic core, the sweeping dust lanes form a series of spiral arms. Beyond that, the spiral arms comprise a feature known as Arp's Loop, which can be seen as it rises above the nucleus, extending up to the upper right. (In the opposite corner, a dwarf galaxy of M81 can be seen, dubbed Holmberg IX)

Arp's Loop is thought to be a bridge of star formation material (such as gas and dust), which formed into a tidal tail after the galaxy underwent a gravitational encounter with an unseen neighbor. However, Some of this material may actually be indigenous to the Milky Way.