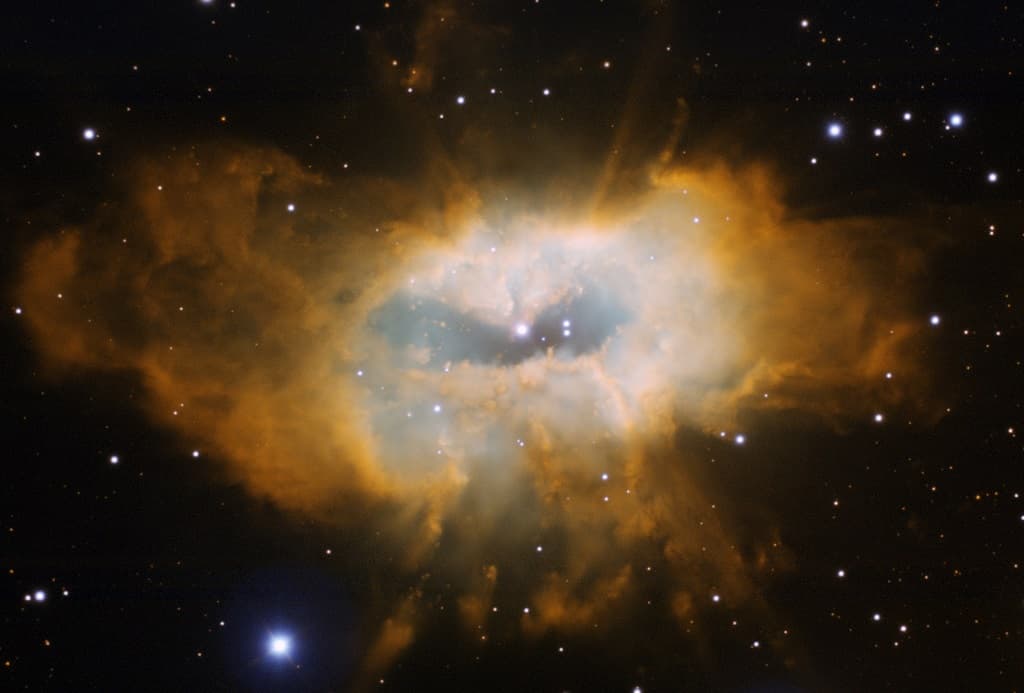 Sh2-71 is a planetary nebula that is located about 3,260 light-years from Earth in the constellation of Aquila.

Nebulae of this type form following the death of a sun-like star. After the star exhaust the fuel for the fusion of hydrogen into helium, the star resorts to burning helium, which results in the star growing in size exponentially. Eventually, the core contracts to form a white dwarf, sending the outer envelop of gas off into the interstellar medium, where the superheated tendrils twist about to form incredible works of art.

This particular nebula was once thought to be the result of the death of  the more massive star in a binary system, but newer observations indicate that that the dimmer star may be the true culprit. It appears as if the brighter star here does not radiate the needed heat and energy to ionize the surrounding shell of material. Whereas, the dimmer star does. Regardless, the shaping of the nebula can not be attributed to one single star, but by the combined efforts of both.