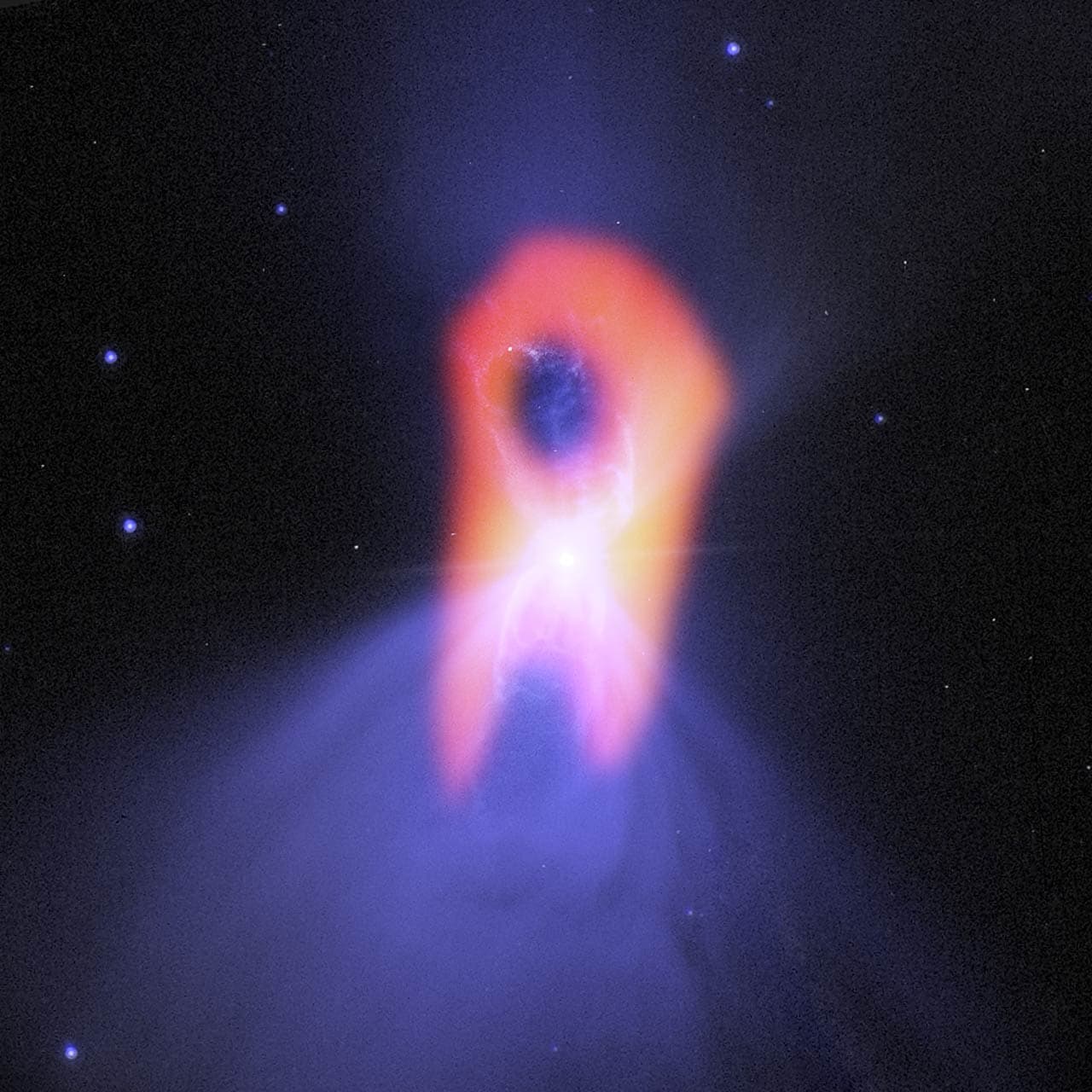 Today, we take a look at "Boomerang nebula." Not only is it so halloweeny (if that's not a word, it should be), but it's also the coldest place in the universe (other than Massachusetts , that is).

The nebula itself is a planetary nebula that can be found 5,000 light-years from Earth in the Centaurus constellation. Nebulae of this type typically form after the death of a sun-like star. Meaning, our sun may look similar to this someday. The transition from "main-sequence" to a planetary nebula occurs following the exhaustion of hydrogen fuel forged in a star's core. This depletion results in a star resorting to burning helium instead, which kick-starts a process that sees a star grow in size exponentially - eventually resulting in a star increasing in diameter hundreds of times over. During which, the bulk of gas is ripped away from the star via stellar winds, where it subsequently twists into intricate filaments of material - thus a nebula is born. Then, the remainder of the star's mass will contract; leaving behind a dense stellar core called a white-dwarf. The now-defunct star won't become desolate for some time to come though, as it will still release a barrage of hot ultraviolet radiation; a key component in ionization (the phenomenon that causes nebulae to glow).

This particular nebula is a bit atypical though. Unlike its traditional counterparts, this nebula is very, very cold. As we mentioned earlier, the Boomerang nebula is the coldest object in the known universe - where the temperatures measure in at a brisk  minus 458 degrees Fahrenheit (roughly 1 degree Kelvin). At such low temperatures, the region is also quite a bit colder than the cosmic microwave background radiation (the faint afterglow of the big bang) that permeates spacetime.

At optical wavelengths, the region looks very different than it does in this image, which was taken using Atacama's Large Millimeter-submillimeter Array (ALMA). It imaged the area at sub-millimeter radio wavelengths. When viewed in optical light, the area more closely resembles a bow tie. The cosmos wears bow ties now. Bow ties are cool.