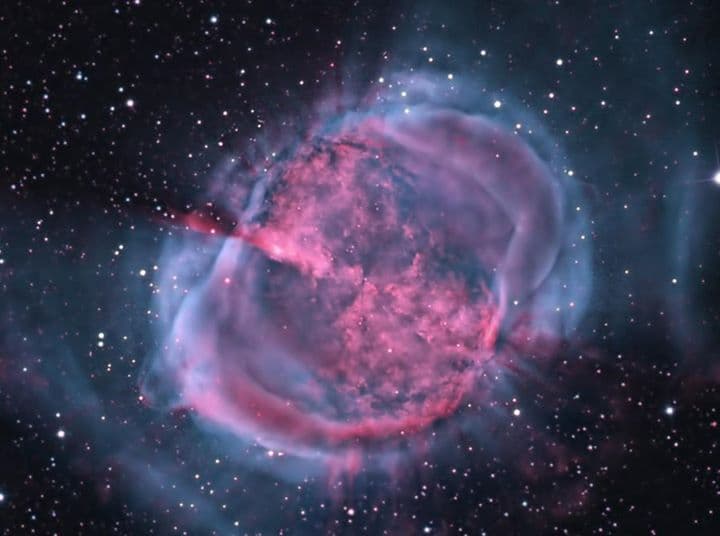 Looking at this planetary nebula, formally dubbed M27 (but informally known as the Dumbbell Nebula), is the closest thing we have to looking through a time machine to witness the death of our mother star, the sun. (*spoiler alert* the future is grim)

Located about 1,000 light-years from Earth in the constellation of Vulpecula (the fox), M27 is one of the brightest and most spectacular planetary nebulae in the night sky. It - along with over 100 objects called the "Messier Objects" - were discovered by the famed astronomer Charles Messier all the way back in the 17th century.

The two primary colors in this bipolar planetary nebula are representations of the colors emitted by oxygen and hydrogen. After the sun can no longer fuse hydrogen into helium and the nuclear fusion process halts, the outer envelope of gas will be ejected into space, leaving behind a dense core about the size of Earth called a white-dwarf. The remaining gases will form something similar to this.