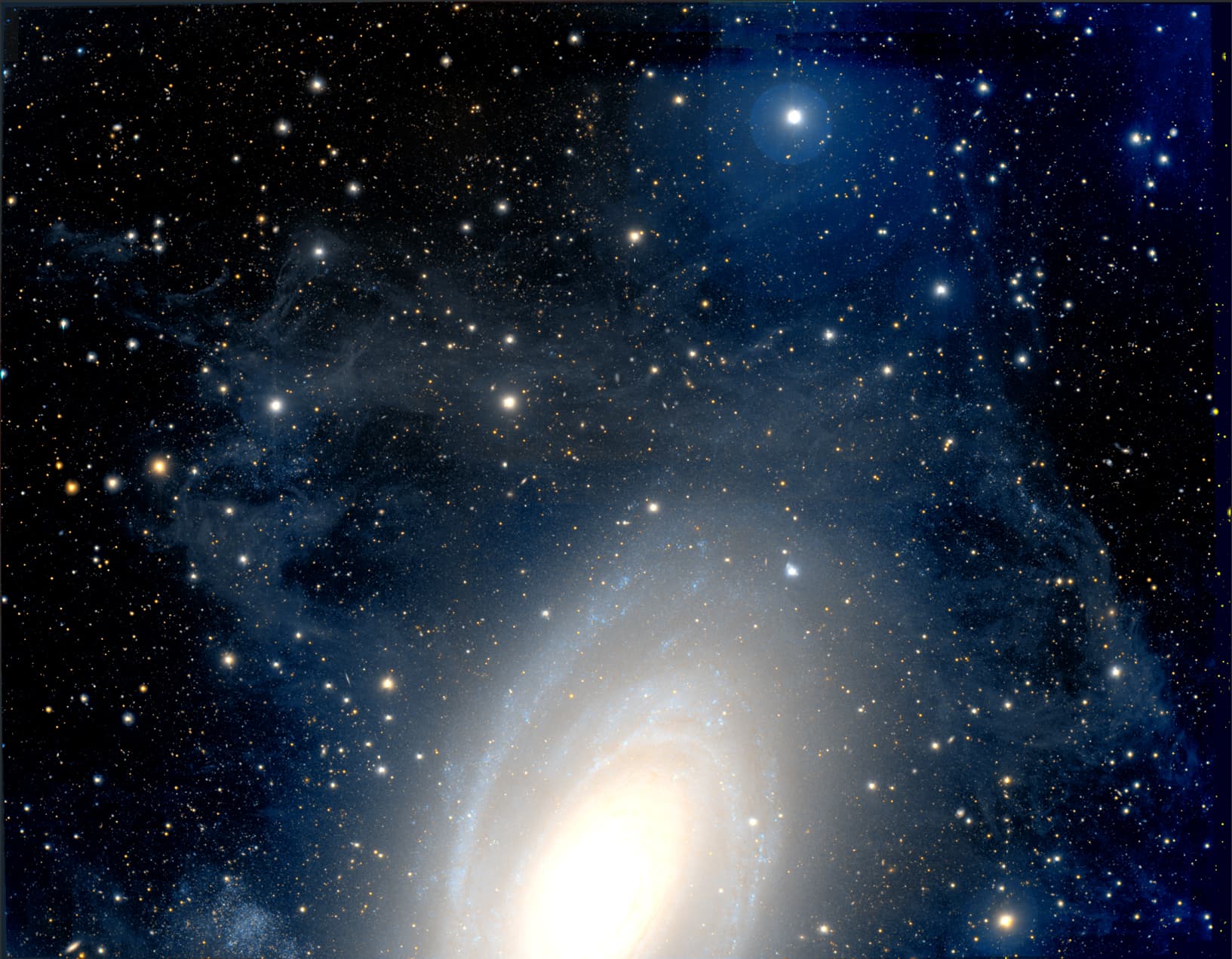 The Subaru Telescope's "Prime Focus Camera" (also known as "Suprime-Cam") captured this stunning image of Messier 81; one of the largest members of the M81 group. Furthermore, the M81 group is actually one of the closest galaxy groups to the local group, which contains our galaxy, Andromeda and approximately 50 more.

Other than being lovely and relatively near-by, M81 has a special purpose; it also shares many similarities with the Milky Way, which make it a perfect galaxy to test our galaxy evolution models on. Most notable is the galaxy's halo. Current models predict that galaxies grow by consuming smaller galaxies that dwell too close to a gravitational sphere of influence. Following close encounters, the mutual gravitational force becomes too strong for the interacting galaxy to escape, thus it is devoured by the larger one. After which, the bottom-up growth has  a tendency to manufacture a halo of stars that encompass spiral galaxies; like the Milky Way.

So, what riddles does M81 present in regard to galaxy evolution models? As it turns out, it very much does have a halo, but the halo is much brighter than expected. The stars within also contain substantially quantities of heavier elements . Overall, the combined mass of the heavy elements may eclipse the mass of those found in the Milky Way twice over.