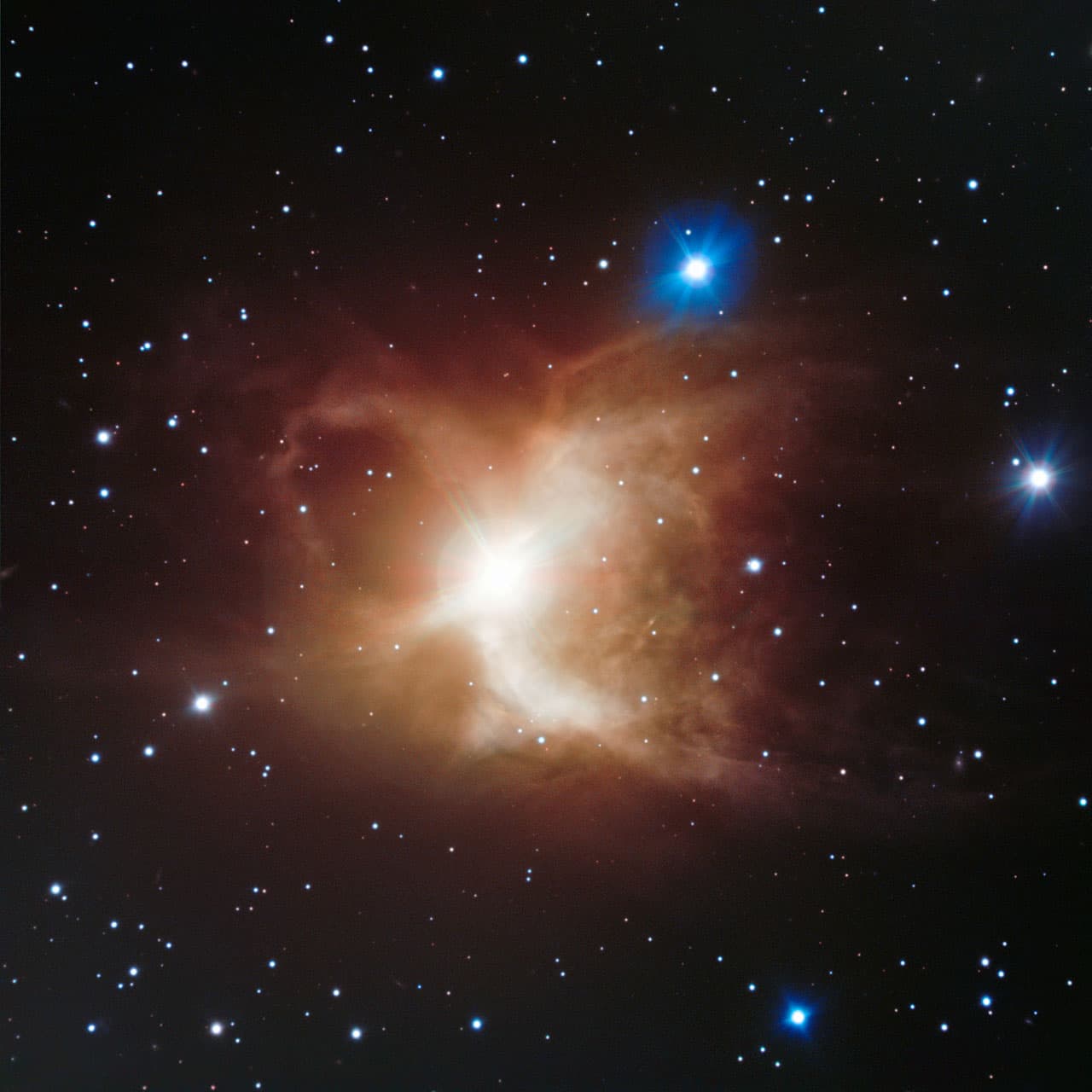 Over the course of about 8 billion years, sun-like stars form from the remnants of nebulae, before providing sustenance for neighboring planets - until eventually, the star no longer has the necessary components to stay alive (namely a large supply of hydrogen), thus the end begins.

Believe me when I tell you that the above description is not nearly as harrowing as the actual event of a star extinguishing. Often times, the process is quite destructive. However, it does have one silver lining; when the star reaches a certain point, it sheds its outer envelope of gas into space - creating something - called a planetary nebula - that is unique and quite beautiful.

IC 2220 (also known as the Toby Jug nebula) is one such planetary nebula, with a twist. It is located about 1,200 light-years from Earth in he constellation of Carina. The star at the heart of the nebula, dubbed HD 65750, is currently in the red giant phase of stellar evolution.

Unlike its traditional counterparts, IC 2220 is part-reflection nebula as well. Nebulae of this type have an external source that causes light to scatter instead of being emitted out-right. This particular star has released a plethora of heavier elements and compounds into the surrounding region, which include carbon, titanium dioxide and calcium oxide. One thing, however, is one of the largest components driving the reflection part of the nebula's appearance: silicon dioxide (or silica). When starlight comes in contact with the compound in the enveloping dust cloud, the rays reflect and scatter (hence the name).