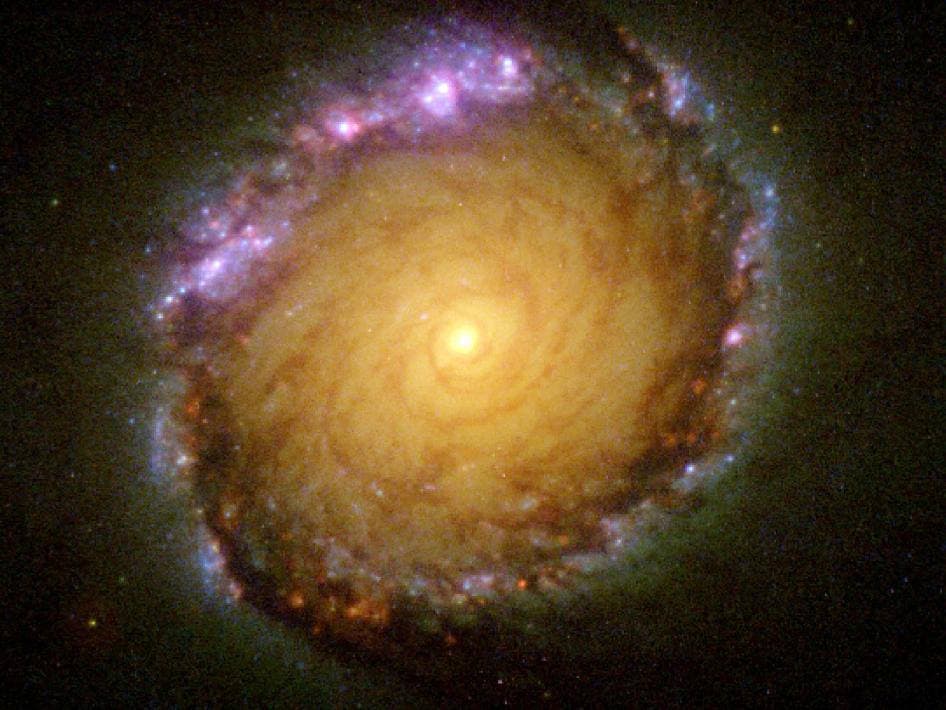 This image must be one of the most spectacular accomplishments of the Hubble Space Telescope. The galaxy, dubbed NGC 1512, is seen here at multiple wavelengths - a method used to help us pin down the properties of various objects located within the confines of the galaxy.

In the central core region, the barred spiral galaxy is home to a "circumnuclear" starburst ring, which alone, covers an area exceeding 2,00 light-years in width. This feature is what gives the galaxy a somewhat unique appearance.

Also visible, we have several additional star forming regions. Some of them are noted for the lack of visible interstellar dust clouds (seen in blue and purple) - Whilst others are noted for their thickly shrouded stellar nurseries (seen in the dim, reddish regions)

The galaxy can be found more than 30 million light-years from Earth in the constellation of Horologium.