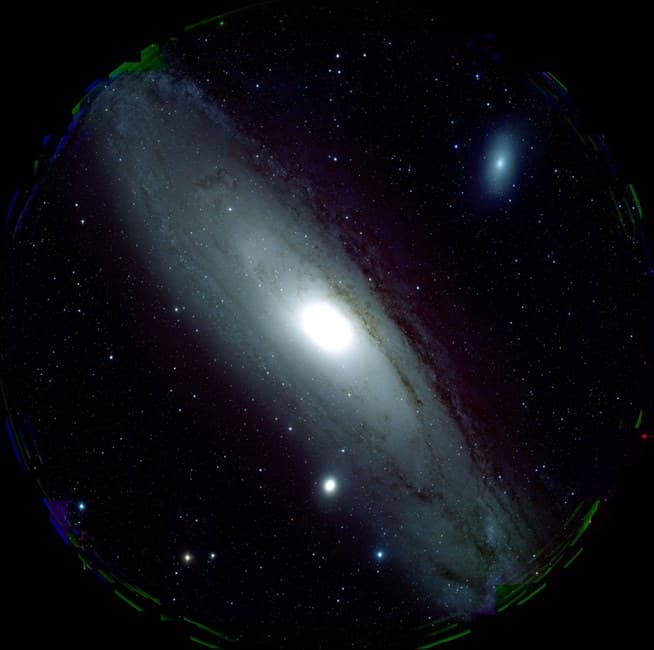 A New way to See Space: Looking up at the night sky we see small pinpricks of light against a sea of blackness. If we are lucky (and we happen to live in a less populated area), we might see some of the long, white tendrils of the Milky Way. The sight is humbling and inspiring, but our eyes don’t glimpse half of what is out there.

To make up for what we’re missing, we created massive telescopes that allow us to peer into the heart of the cosmos and see the intricate details of our neighboring stars and galaxies.

Each decade brings new technologies that allow us to see farther and more clearly. With these advancements, a swirling blob of material transforms into a delicate spiral galaxy; a single white sphere becomes two white spheres, and suddenly we see a binary star system. And now we have a device that allows us to see into the heart of galaxies and, thereby, form a more complete picture of the universe.

Hyper Suprime-Cam (HSC) is the gigantic digital still camera of the Subaru telescope. The telescope was built by the National Astronomical Observatory of Japan in collaboration with international partners. This device has a much wider field of view, which enables it to show more detail and, in so doing, address scientific challenges that current technology can’t tackle. The main focus of the project is to carry out a large-scale survey of the universe and help gather information on dark energy and dark matter.

The first on this post is of the Andromeda galaxy, formally known as M31. It is the first image by HSC and it is groundbreaking. It displays the galaxy with a field of view that is 7 times larger than before, and there is no degradation at the image’s edges. In addition to providing information about a nearby galaxy that resembles our own, this image demonstrates HSC’s capability to fulfill Subaru Telescope’s intention of producing a large-scale survey of the universe.

“This first image from HSC is truly exciting,” said Masahiro Takada from the Kavli Institute for the Physics and Mathematics of the Universe (IPMU) in Japan. “We can now start the long-awaited, largest-ever galaxy survey for understanding the evolutionary history and fate of the expanding universe. A ‘cosmic census’ — a large-scale imaging survey of every galaxy over a wide solid angle in the sky and in sufficient depth to probe the distant universe — will include the detailed measurement of hundreds of millions of galaxy shapes and assessment of the effects of gravitational lensing. Such data will allow scientists to map the distribution of dark matter, constrain the nature of dark energy, and search for baby galaxies that were just born in the early universe.”

In short, HSC has opened a new window which allows us to see the universe (and all its many wonders) in a new light.