Astronomy Photo of the Day: A Volcanic Eruption of Galactic Proportions: 1/12/2014 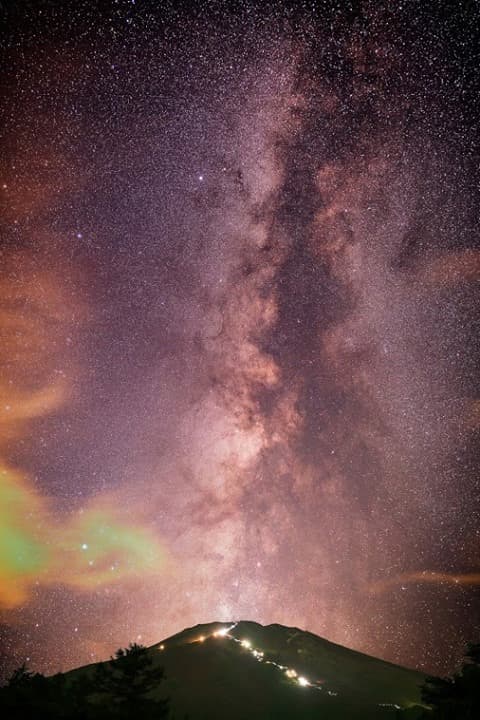 Most of us have probably heard about super eruptions, but for those of us who aren’t familiar with them, these are massive volcanic explosions that make ordinary eruptions look like nothing more than a bit of steam. So, what happens with a super eruption? In essence, the volcano erupts; people are drowned beneath mountains of lava; a looming cloud of sulfur dioxide gets carried over the globe; the Earth plunges into a volcanic winter; countless species die.

Of course, not all super eruptions are this catastrophic, but the basic point remains the same: A super eruption is a natural disaster of monumental proportions. And for whatever reason, humans are obsessed with annihilation. We love to witness the awesome power of a tornado, the havoc brought by earthquakes, and the explosive power of meteoroids. This drive has made “Storm Chaser” an actual job title.

This image by photographer Yuga Kurita shows an eruption that is just as awe inspiring as ordinary eruptions, but is (thankfully) far less destructive. In Japan, many individuals traverse the side of Mt. Fuji after sundown in order to see the sunrise from the volcanic peak. In order to avoid an undesirable tumble, the travelers use flashlights to guide them.

Kurita explained the creation of the image, writing that, “when I arrived at Fujiyoshida in Yamanashi Prefecture, I saw people climbing up Mt. Fuji with flash lights and I thought they looked like lava streams. Then I came up with this composition, since nowadays, the Milky Way appears vertically in the sky so probably I could liken Mt. Fuji to an imaginary galactic volcano, that is, people climbing up with torches are lava streams and the Milky Way is the volcano smoke.”