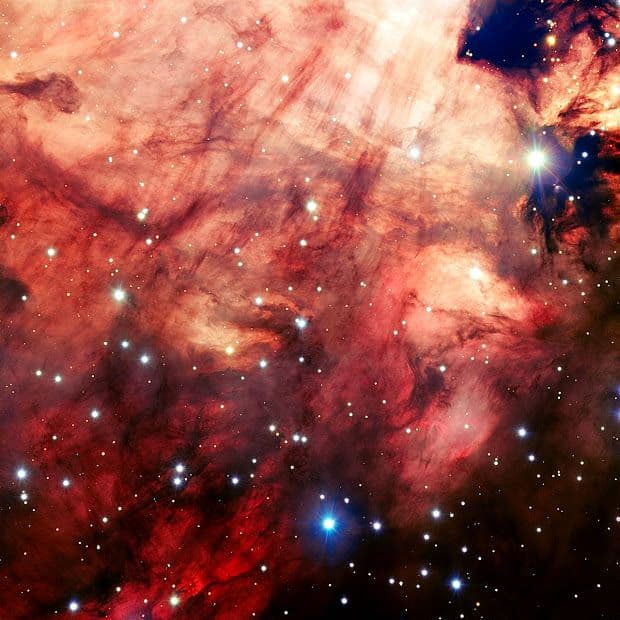 The greatest aspect of this celestial region, called the Omega Nebula (or Messier 17),  is its diversity.  We see many contrasting layers of red, black, pink and white; with huge, blueish-white stars peppering the interstellar arena.

According to astronomers from ESO, this particular image of M17 was captured during a time when "seeing" conditions were favorable (something that is defined by astronomers as the best time to take advantage of the distorting effect our atmosphere possesses).

Currently, the area in which the nebula resides is undergoing a period of star formation; most formed from the remnants of the last generation of stars, which went supernova millions of years ago, ultimately providing the material for new stars (some of which are hundreds of times brighter than our sun is).

One thing is for sure; the Omega nebula, which can be found about 6,500 light-years from Earth, toward the constellation of Sagittarius, may not be the first nebula or the last (as the name would imply), but it certainly comes close to being one of the most beautiful celestial regions situated in our neighborhood of the galaxy.