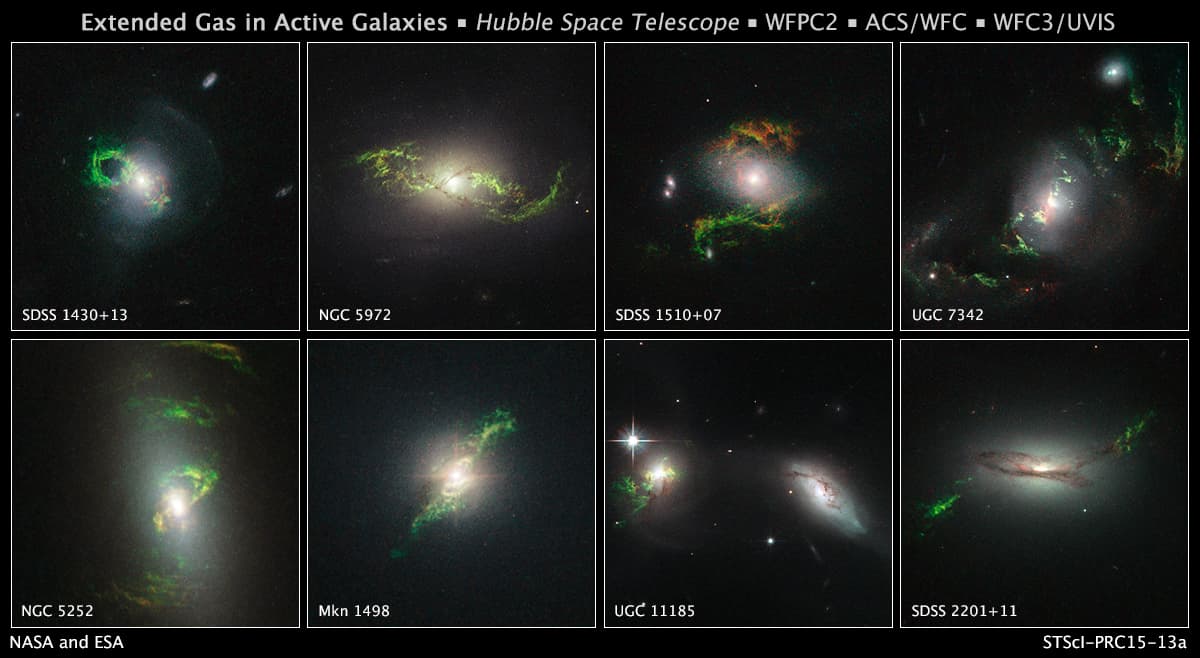 In a series of new images, Hubble spies, with its keenly tuned eye, 8 galaxies endowed with phantom quasar light. Quasars, which are powered by turbo-charged supermassive black holes, are normally only found in the distant reaches of the universe—having formed only a few hundred million, to a billion, years after the big bang.

Partially because of the extreme distances involved, quasars tend to appear faded or washed out in print. The greenish-hue is a side-effect of the manner in which these quasars glow—a process called photoionization.

Like nebulae and traditional black hole jets, outflows are forged into complex filamentary shapes, like loops, braids, pretzels and spiral structures. The galaxies imaged by Hubble demonstrate just how many forms the material can take. From NASA:

These galaxies bear many similarities to Hanny's Voorwerp, which can be found about 650 million light-years from Earth in the constellation of Leo Minor.