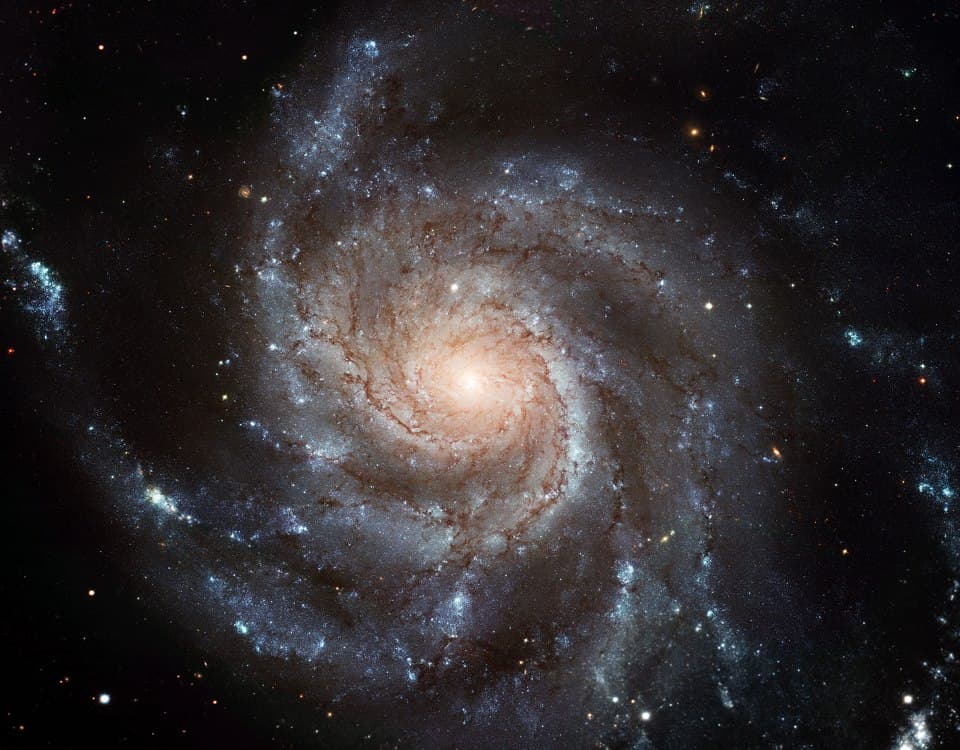 This is the iconic Pinwheel Galaxy, a crowning feature in the constellation of Ursa Major. Also known as Messier 101 (or M101), this galaxy is about 21-million light-years from Earth and is estimated to contain about a trillion stars (or about four times the amount of stars found in the Milky Way).

This image is particularly special, for it’s one of the largest portraits ever taken of the Pinwheel Galaxy, showing it’s awesome size in an appropriately sized image. To see the full-sized image, which also happens to be one of Hubble’s most detailed images of another galaxy, see the link below. (Warning, it might take a minute or so to load)

One of the most interesting features of this gigantic galaxy is its asymmetry. Astronomers believe this asymmetry exists because M101 recently collided with another smaller galaxy. Furthermore, tidal forces from this collision has helped to spark a new series of star formation in M101. About 3,000 of these sites can be identified from our vantage-point in the cosmos.