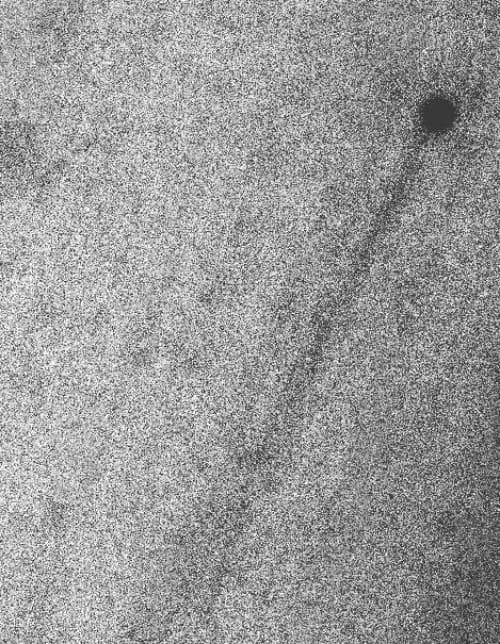 A two-person team of Carnegie's Scott Sheppard and Chadwick Trujillo of the Gemini Observatory has discovered a new active asteroid, called 62412, in the Solar System's main asteroid belt between Mars and Jupiter. It is the first comet-like object seen in the Hygiea family of asteroids. Sheppard presented his team's findings at the American Astronomical Society's Division of Planetary Sciences meeting yesterday in a press conference organized by the society.

Active asteroids have stable orbits between Mars and Jupiter like other asteroids. However, unlike other asteroids, they sometimes have the appearance of comets, when dust or gas is ejected from their surfaces to create a sporadic tail effect. Sheppard and Trujillo discovered an unexpected tail on 62412, an object which had been known as a typical asteroid for over a decade.

Their findings reclassify it as an active asteroid. The reasons for this loss of material and subsequent tail in active asteroids are unknown, although there are several theories such as recent impacts or sublimation from solid to gas of exposed ices.

In the past, asteroids were thought to be mostly unchanging objects, but an improved ability to observe them has allowed scientists to discover tails and comas, which are the thin envelope of an atmosphere that surrounds a comet's nucleus.

"We're actually looking anew through our deep survey at a population of objects that other people cannot easily observe, because we're going much deeper," Sheppard said, explaining why they were able to see that 62412 was active when it had been considered a typical main belt asteroid for 15 years.

Discoveries such as this one can help researchers determine the processes that cause some asteroids to become active.

They found that 62412 has a very fast rotation that likely shifts material around its surface, some of which may be emitted to form the comet-like appearance. The tail may be created directly from ejected material off the fast rotating nucleus, or from ice within the asteroid subliming into water vapor after being freshly exposed on the surface. They also find a density for 62412 typical of primitive asteroids and not consistent with the much lower-density comets. Further monitoring of this unusual object will help confirm the activity's source.

Sheppard and Trujillo have a paper about this work in press at The Astronomical Journal.

Note: This article is a press release issued yesterday from the Carnegie Institute for Science. See the original here.