A Star that is Almost as Old as the Universe: 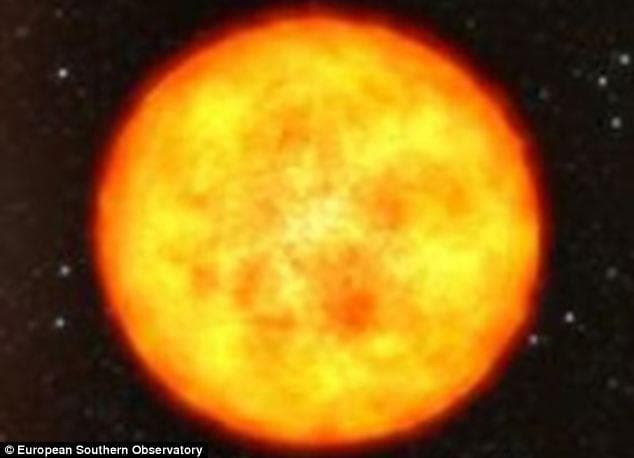 Did you know that there is a star that is almost as old as the universe? The star, dubbed HD 140283, lies approximately 190 light-years from Earth and has taken on the title as the oldest star to have currently been identified, as it is thought to have been formed approximately 600 million years after the big bang, about 13.2 billion years ago.

Modern astronomers have been studying the star for centuries now. Scientists have long believed that the star was quite old because it contains little else besides hydrogen and helium, from which the first generation of stars were born. It wasn't until the first stars began undergoing the process of nuclear fusion that the heavier elements, such as carbon, silicon, sulfur, calcium, and all the way up to iron, were first introduced into the interstellar medium via supernova blasts.

In order to determine the age (and distance) of HD 140283, the team members took a series of observations using the Hubble Space Telescope, which is equipped with guidance features that are capable of measuring the position of certain stars relative to a set of reference stars. As we all hopefully know (and if you don't, a link to one of our articles on the subject is in the sources), astronomers can deduce the distance of stellar objects by measuring their apparent magnitude. Once we figure out the mass and composition of a star, we can deduce how much the star's apparent magnitude should be, and since the brightness of a star will fade throughout the course of its journey through the interstellar medium, we can figure out just how far said light has traveled.

After figuring out its distance using the standard candle method, the team members were able to make accurate measurements of the star's intrinsic luminosity.. And since the star has begun to expand into a red-giant (the last stage of stellar evolution for a sun-like star), the star has begun to dim significantly, making it easier to establish how quickly its supply of hydrogen is being exhausted, thus revealing its age of 13.9 billion years (with a 700 million years margin of error, which doesn't necessarily conflict with the determined age of the universe).

Current estimates suggest that the universe is about 13.7 billion years old, which means this discovery places a few restraints on our models of star formation in the early universe. HD 140283 isn't completely bare of elements heavier than hydrogen or helium, which suggests that, at the least, the star is a member of the second stellar generation. After the first batch of stars formed and subsequently exploded, the gas had to cool significantly before coalescing into the second generation of stars, so we must go back to the drawing board to ratify our estimates about how quickly the gap between the death of the first generation stars was and the birth of the second generation. That's certainly much better than having to redefine the age of the universe, isn't it?