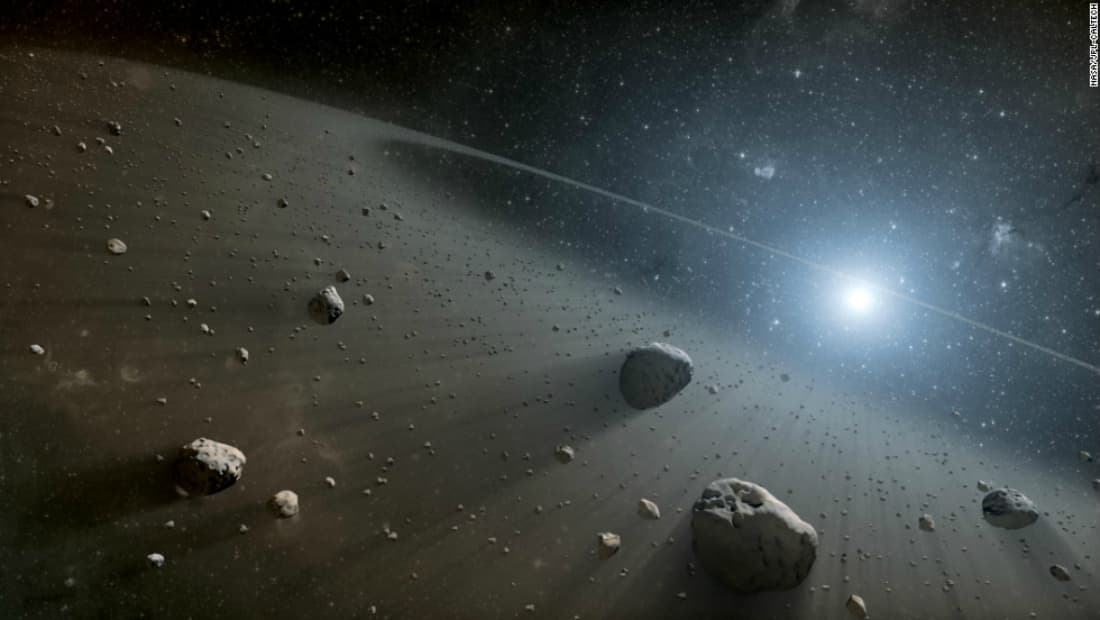 Of the more than 600,000 known asteroids in our Solar System, almost 10 000 are known as Near-Earth Objects (NEOs). These are asteroids or comets whose orbits bring them close to Earth’s, and which could potentially collide with us at some point in the future. As such, monitoring these objects is a vital part of NASA’s ongoing efforts in space. One such mission is NASA’s Near-Earth Object Wide-field Survey Explorer (NEOWISE), which has been active since December 2013.

And now, after two years of study, the information gathered by the mission is being released to the public. This included, most recently, NEOWISE’s second year of survey data, which accounted for 72 previously unknown objects that orbit near to our planet.

Of these, eight were classified as potentially hazardous asteroids (PHAs), based on their size and how closely their orbits approach Earth.

Originally launched back in 2009 as the Wide-field Survey Explorer (WISE), the spacecraft relied on its infrared telescope to look for previously undetected star clusters and main belt asteroids. In February of 2011, the mission ended and the spacecraft was put into hibernation.

As of December 2013, it was reactivated for the purpose of surveying Near-Earth Objects (i.e. comets and asteroids) for the remainder of its service life.

This mission not only involves scanning for NEOs at infrared wavelengths, but also characterizing previously known asteroids and comets to provide information about their sizes and compositions.

Paired with ground-based telescopes that examine space in visible-light wavelengths, the data it has provided has told us much in the past two years about asteroids within our Solar System. Since beginning its “second life”, the NEOWISE mission has taken millions of images of the sky and measured more than 19,000 asteroids and comets.

Knowing precisely where NEOs (and PHAs) are with respect to Earth, their sizes, and what paths their orbits will take, are all crucial to making sure that, in the unlikely event that any of them hit Earth, that they don’t cause harm. And thanks to NEOWISE, we’ve now got tabs on eight more of them. And until such time as we can create some kind of orbital defense platform to shoot incoming PHAs (I’m thinking guided missiles and laser guns!) knowing is all of the battle!

And be sure to check out the new NASA movie below, which beautifully visualizes the data collected by NEOWISE so far:

Read This Next
Astronaut Drip
We Just Got the First Peek at NASA's Artemis Moon Landing Suits
Blast Off
Former Astronaut Details Quest to Grow Cannabinoids in Space
RIP
Unfortunate Comet Flies Too Close to the Sun, Disintegrates and Becomes a Ghost
Deployment Confirmed
The Internet Is Losing Its Mind Over a Photo of Elon Musk Eating a Huge Potato Spiral
Space Junky
Head of Russian Space Program Appears to Threaten to Smash US With Space Debris
More on Off World
Boom!
Yesterday on the byte
The Devastation From NASA's Asteroid Collision Looks Unbelievable
Martian Stragglers
Monday on the byte
NASA Says "Foreign Object Debris" Briefly Stuck to Its Mars Helicopter
Mount Olympus
Oct 1 on the byte
NASA Astronaut Is Beefing With Russia Again
READ MORE STORIES ABOUT / Off World
Keep up.
Subscribe to our daily newsletter to keep in touch with the subjects shaping our future.
+Social+Newsletter
TopicsAbout UsContact Us
Copyright ©, Camden Media Inc All Rights Reserved. See our User Agreement, Privacy Policy and Data Use Policy. The material on this site may not be reproduced, distributed, transmitted, cached or otherwise used, except with prior written permission of Futurism. Articles may contain affiliate links which enable us to share in the revenue of any purchases made.
Fonts by Typekit and Monotype.