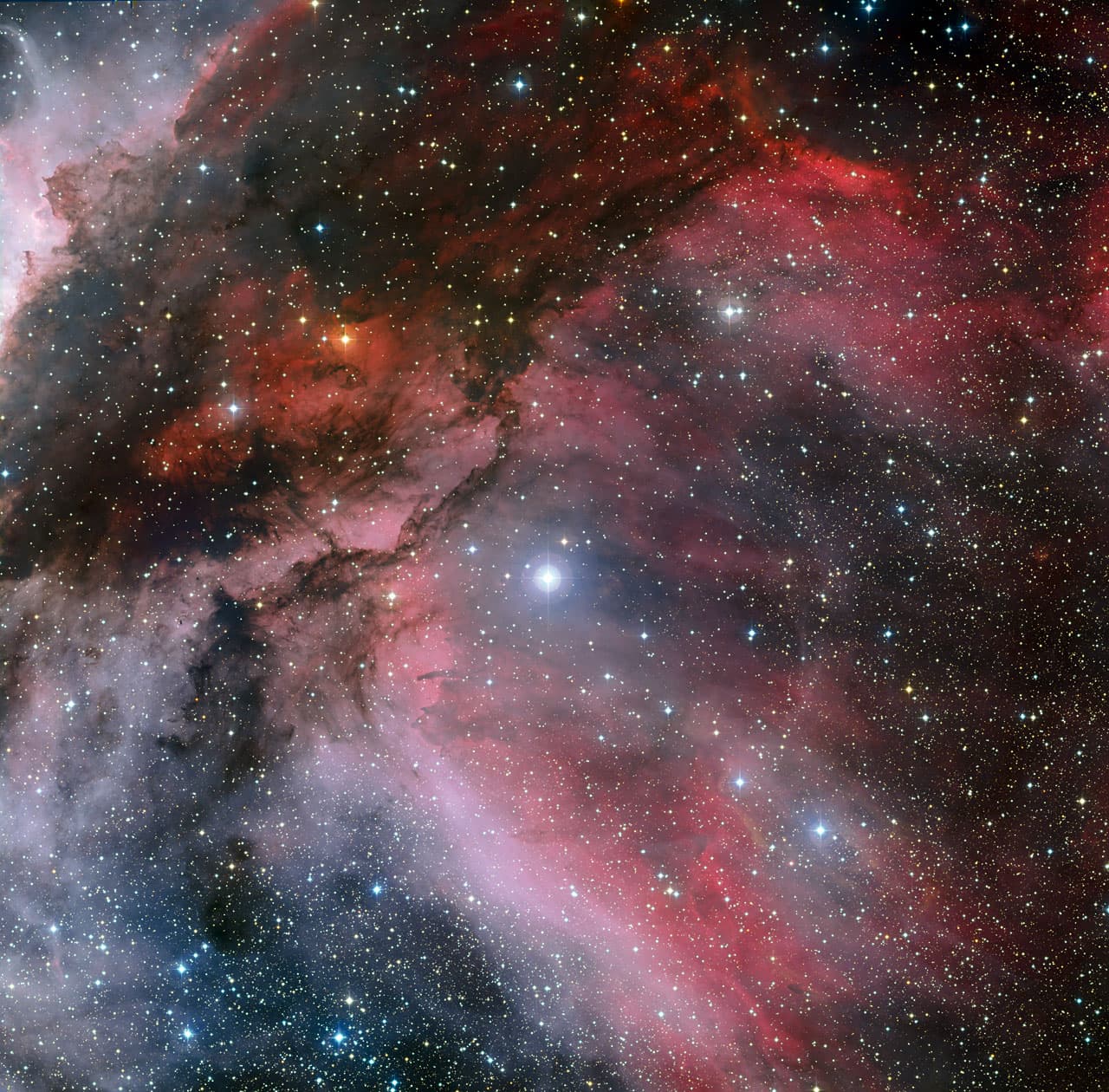 The Carina Nebula is inarguably in the top 10 most epic nebulae known to man, and as we move closer Hubble's 25th anniversary, we'll be revisiting many iconic regions of star formation. In this image, the ESO's Wide Field Imager (situated at the La Silla Observatory in Chile) zeroes in on a small portion of Carina.

The region—called WR 22—harbors a bright and enigmatic star, known to shed a remarkable amount of mass (presently, its losing its atmosphere at a rate that exceeds that of the Sun millions of times over). In relation to the center of Carina, WR 22 can be found in the outermost corner—not far from where it formed.

Like all unstable stars in its size bracket, WR 22—a Wolf-Rayet star by classification—will live fast and die young, but before it reaches the crucial tipping point, it will make a lasting impression on its surroundings. Of course, there's a twist: WR 22 isn't alone. Rather, it is technically comprised of two stars—making it a binary system. What's more is that the system—believed to be 70 times heavier than the Sun—is among the most massive ever found.

The Carina Nebula (also known as NGC 3372) can be found approximately 5,000 light-years from Earth in the constellation of Carina. The image itself is a composite, stitched together using multiple images taken through different filters (specifically green, red and blue ones).

Per the ESO: "The subtle colours of the rich background tapestry are a result of the interactions between the intense ultraviolet radiation coming from hot massive stars, including WR 22, and the vast gas clouds, mostly hydrogen, from which they formed. The central part of this enormous complex of gas and dust lies off the left side of this picture as can be seen in this image. This area includes the remarkable star Eta Carinae." (See a larger image here)