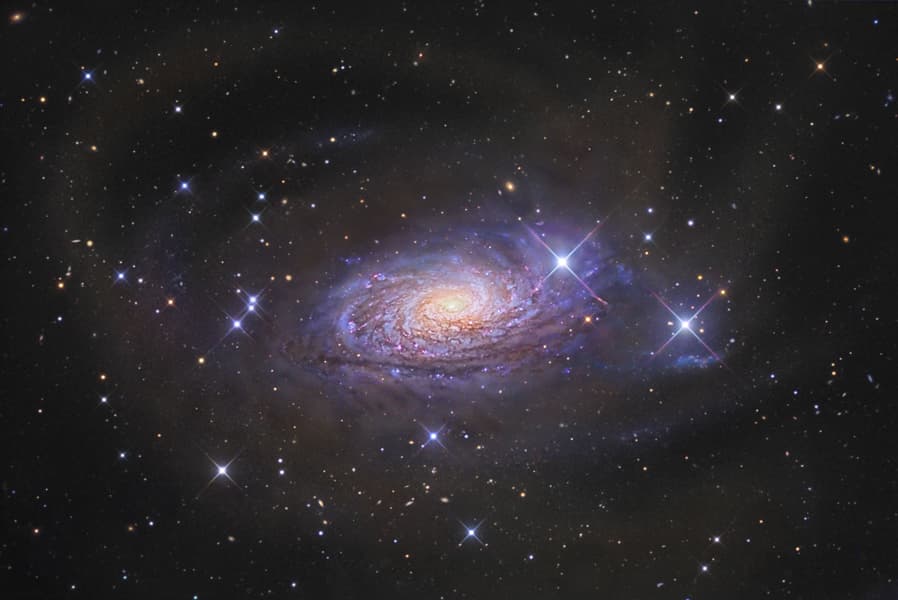 This is another addition to the M51 galaxy group, called Messier 63; an object more eloquently known as the Sunflower Galaxy. While spiral in nature, M63 technically belongs to a class of galaxies called flocculent spirals, which means the Sunflower has a central disk with short spiral arms emanating outwardly. It, however, does not have a bar like the Milky Way.

In this deep exposure image of the galaxy, taken by R. Jay GaBay (with the help of many astrophysicists and astrophotographers listed above), we can appreciate the sheer size of its central disk. Less obvious (but equally picturesque) is the expansive galactic halo stretching above the galactic plane. These features make Messier 63 a favorite amongst amateurs and professionals alike. They also tell us something important; that M63 took part in a gravitational entanglement in its recent past.

This beauty lurks in the Canes Venatici constellation and can be found 25 million light-years from Earth.Along with its inclusion in the Messier 51 group, we also have other notable additions, like the Whirlpool Galaxy (otherwise known as Messier 51).