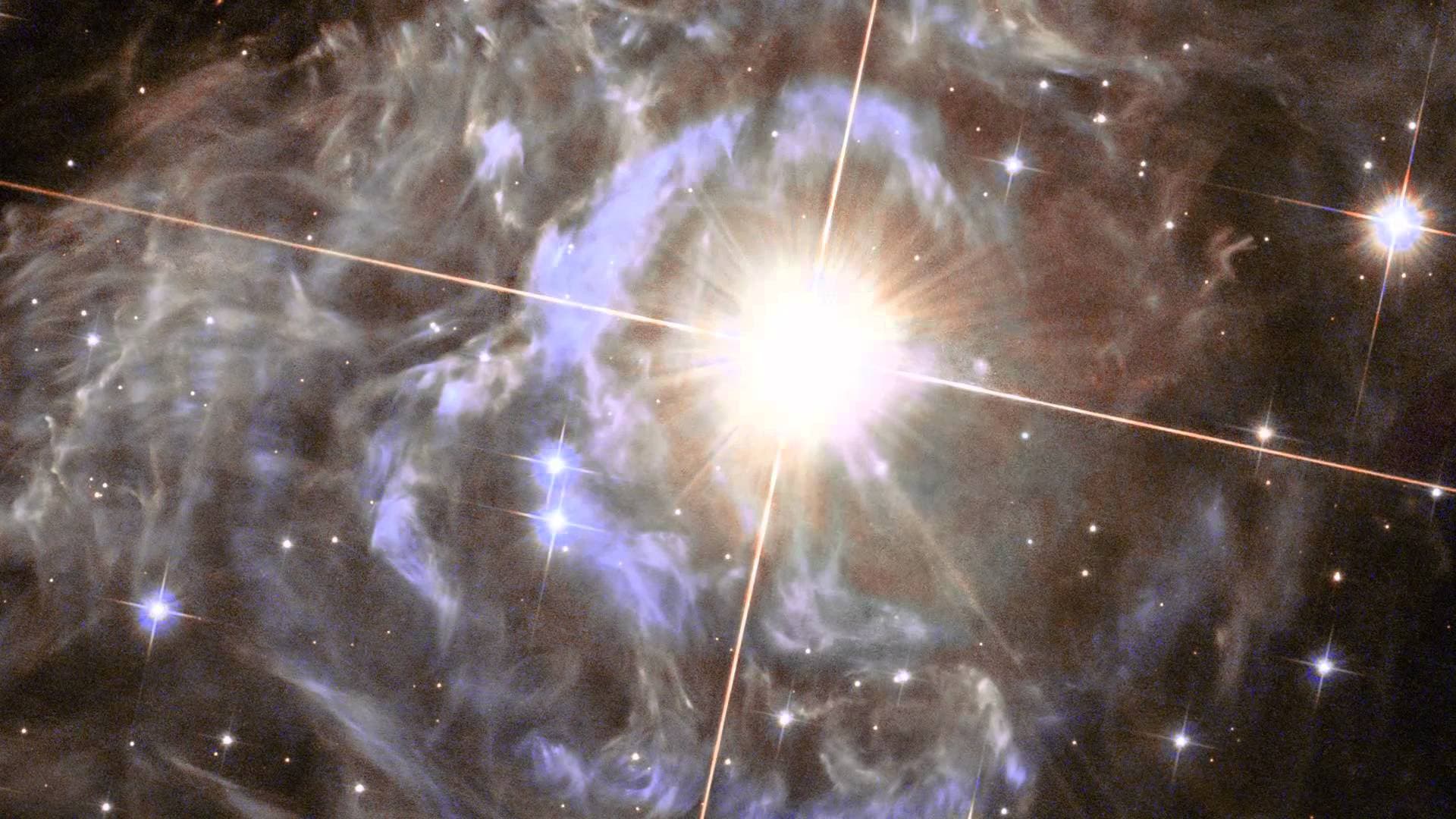 It might look like a tailor made oil painting, or a festive holiday wreath, but it's not either. Meet RS Puppis: a nebula surrounding a big, incredibly bright star found about 6,500 light-years from Earth in the Puppis constellation.

The central star isn't ordinary though, it's a Cepheid variable star by designation, which means that it systematically dims and brightens at regular, six-week intervals — a relatively long period of time for a Cepheid. These changes in luminosity coincide with the star growing and shrinking in size (said behavior is to be is expected from stars that have grown unstable). It also happens to be among the brightest of the bunch (it's about FIFTEEN times brighter than the Sun alone), adding to its noteworthiness.

The accompanying nebula is generated when the star's light hits grains of dust in its appreciable envelope. Called a reflection nebula, the light is scattered through these encounters, and since it scatters more effectively at the blue end of the electromagnetic spectrum, a blue glow follows. However, we can't simply ascribe RS Puppis' beauty to the reflection nebula, another more interesting force is at work; a light echo.

This 'force,' as the ESO describes:

Famously, Hubble kept a watchful eye on the star and its environment for five weeks back in 2010. They then took each of their observations and used them to compile a time-lapse video of RS Puppis' movements. It provides one of the best-looks-yet (second only to V838 Monocerotis) of the light-echo effect.