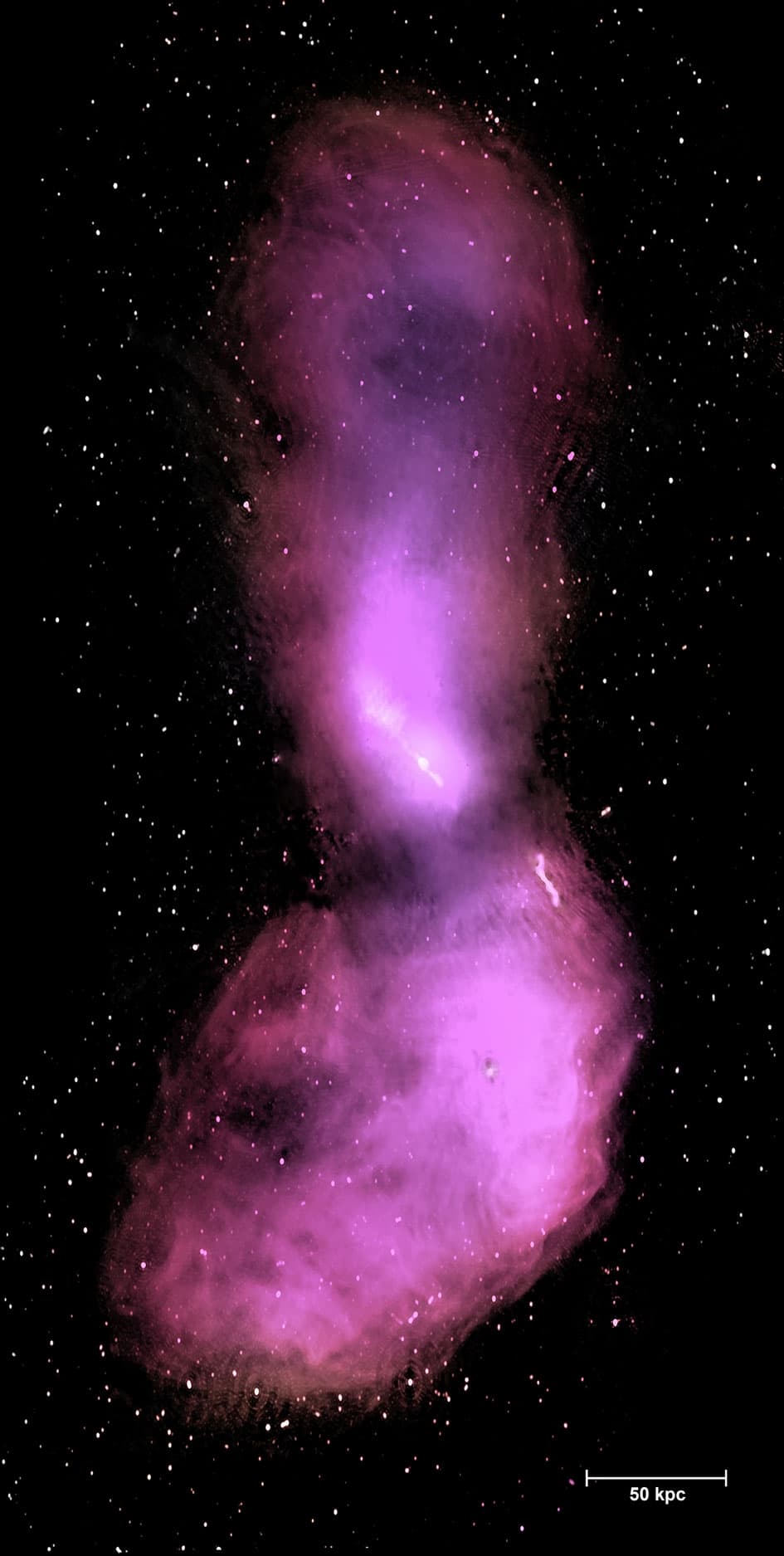 This one-of-a-kind feature resembles a nebula, but it isn't a nebula at all. Rather, you are looking at Centaurus A: a galaxy found approximately 14 million light-years away from Earth, toward the constellation of Centaurus.

Instead of seeing gas, dust, spiral arms, and a bright central core as you normally would, this image shows the galaxy in the radio portion of the electromagnetic spectrum, which it is extremely active in. In fact, Centaurus A is one of the most active radio galaxies in the known universe.

The image itself is a composite put together using over 400 separate exposures, all taken by CSIRO's "Australia Telescope Compact Array" sporadically, over the course several years (around 1,200 hours in total). In post processing, which took more than 10,000 hours to complete, the team combined their dataset with that of the Parkes Radio Telescope (much of that time was spent removing the noise, and other sources of interference). They note: