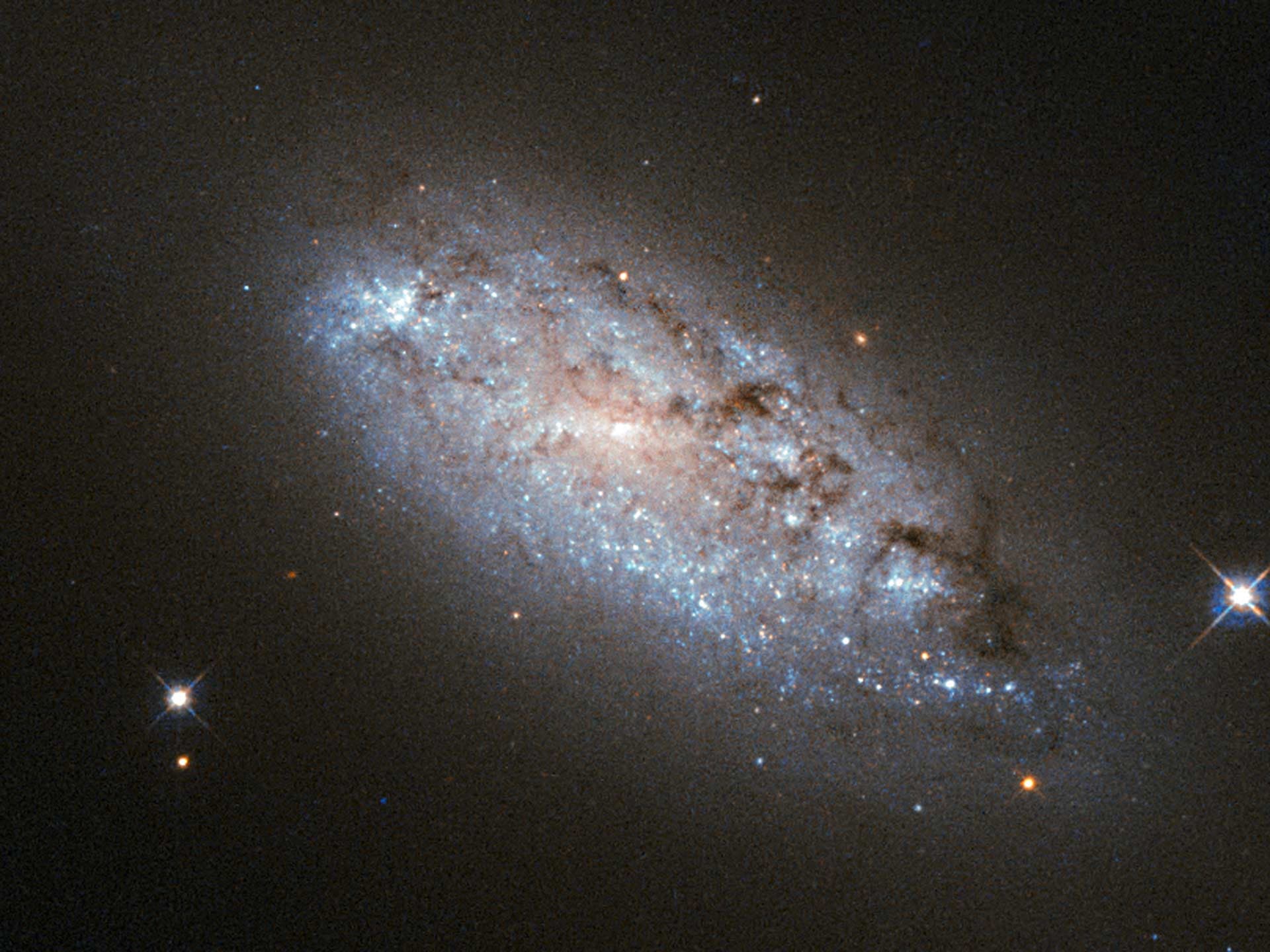 Its misshapen structure is almost certainly the result of a gravitational encounter, perhaps several of them, given the fact that NGC 949 belongs to the NGC 1023 Group—a small cluster of approximately 5 galaxies (NGC 925, NGC 891, NGC 1023, NGC 1239 & NGC 1058), which remain gravitationally bound to a common center of mass (a barred spiral galaxy called NGC 1023, in this instance).

This new image of the galaxy, captured by the one and only Hubble Space Telescope, is beautiful in clarity. From the NASA/ESA collaborative team:

You can find a larger image here.