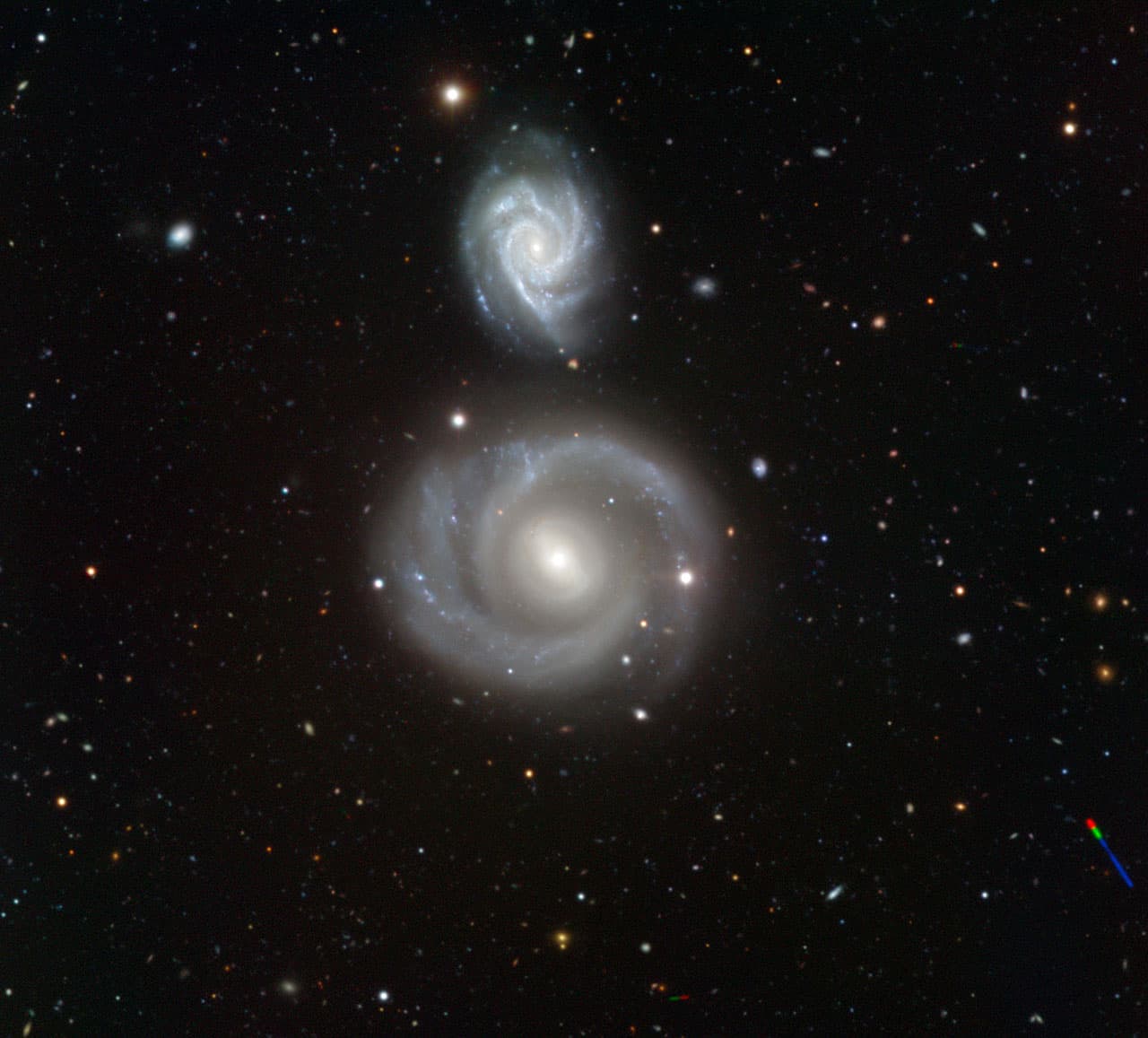 When this image was released by the European Southern Observatory (ESO), they described this tranquil scene as "the calm before the storm:" a description that couldn't possibly be more apt. As picturesque as these galaxies are in their present form, soon, both will be twisted and deformed into something unrecognizable, yet still beautiful in their own way.

All throughout the universe, we see stunning examples of galaxy interactions and mergers. However, it's a bit more rare to see galaxies this close that haven't yet passed the point of no return. This pair, dubbed NGC 799 (the spiral galaxy pictured at the bottom) and NGC 800 (the one pictured above), is astonishing in yet another way... both were first noted all the way back in 1885 by astronomer Lewis Swift (although they look kind of like a disjointed blob when viewed through a small telescope).

For now, these galaxies are situated more than 300 light-years from Earth in the Cetus constellation. When they do merge, which seems like a foregone conclusion at this point, the newer, larger galaxy will see a sharp increase in the number of stars that will churn out.

BONUS: According to the ESO, there are five asteroids (five asteroid trails, to be specific) within this frame. How many can you find?