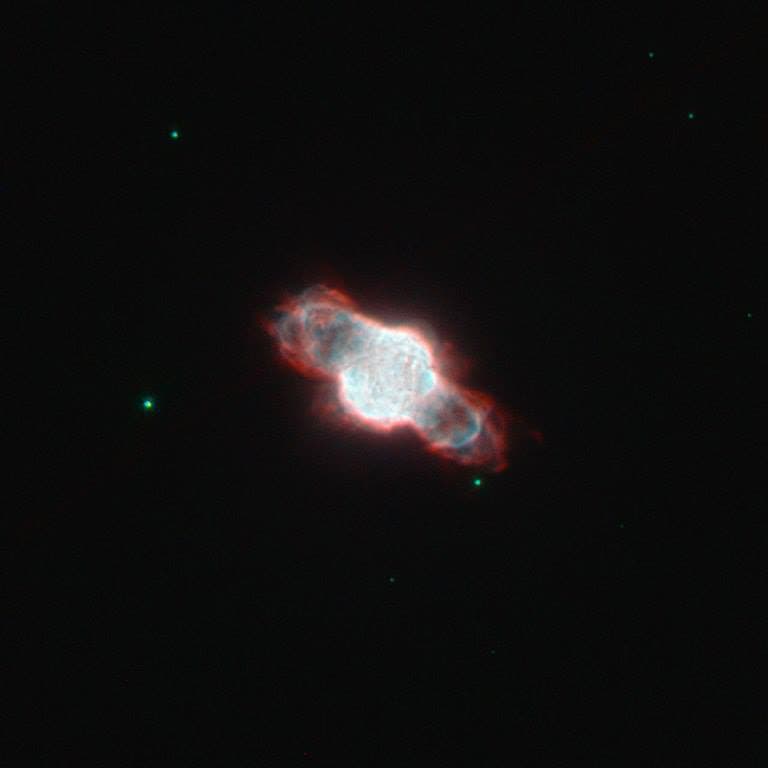 Generally the more massive a star is, the shorter the life it leads. Our sun, a yellow dwarf, is a medium-sized star that can live for about 10 billion years  before ceasing the practice of fusing hydrogen into helium, which will cause the sun to bloom in size it shrinks and contracts into a white-dwarf. Following the Sun's demise, the remainder of its gas off will be cast into space (like the  layers of an onion). The intricate nebulae that form from the gases are called "planetary nebulae."

This too is one of them: called NGC 6886. It is located some 11,000 light-years from Earth in the constellation of Sagitta. I can think of no better object that can clearly convey the contextual meaning of "planetary" nebula (the name), which was coined by William Herschel, who thought that they resemble planets when viewed through a small telescope.

This image is a composite, stitched together using images taken at various wavelengths. The red region represents ionized nitrogen atoms, while the blue is indicative of ionized oxygen atoms. The star at the heart of the nebula was almost identical to our sun in many ways. From the size of the star, to its concentration of heavier elements.