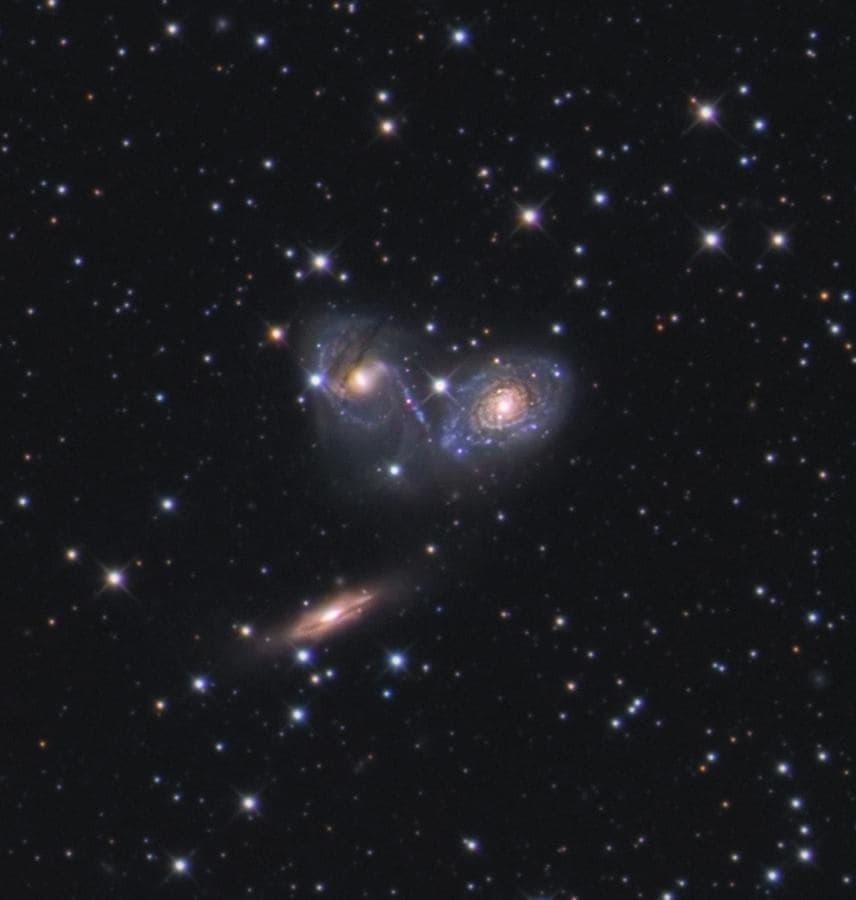 Among various things, Galaxy evolution is partly driven by gravitational encounters. The immense force of a neighboring galaxy can quite literally warp and change the structure of both galaxies involved in the merger, generally producing a larger galaxy with more defined features. This triplet is a great example of that. We see how two gravitationally interacting galaxies have started to intertwine in a galactic tango dance (fitting since the shape of NGC 6769-71 looks similar to a coconut bra).

Known as NGC 6769-71, the galaxies are located more than 190 million light-years from Earth in the constellation of Pavo. The two upper galaxies, NGC 6769 (pictured in the upper right) and NGC 6770 (in the upper left), are roughly equivalent in size. Whereas NGC 6771 (pictured below) is the smallest of the group. Despite the few minor differences, all are spiral galaxies with central bulges that share remarkably similar properties (most notably, their brightness). Moreover, they also contain a plethora of older, more evolved stars (they are tinged red as an indicator of their elderly age) that can help us pin down the inner-working s of the universe during an earlier epoch..