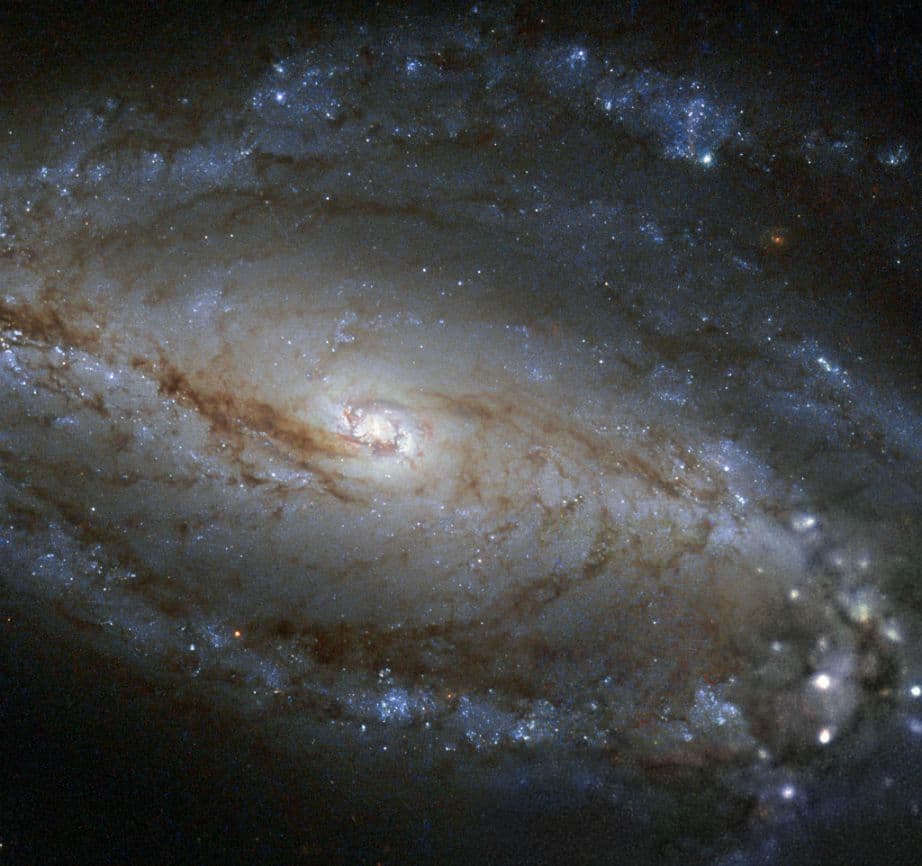 A new image from Hubble features NGC 613: a galaxy with equal amounts of character and beauty. Found approximately 65 million light-years from Earth toward the constellation of Sculptor, it is classified as a barred spiral galaxy.

Galaxies under this umbrella are characterized by large central bars, which may be a rite of passage for all spiral galaxies. Currently, around two thirds are known to exhibit bar-like structures (our Milky Way included).

This new addition zeroes in on NGC 613's impressive, star-filled nucleus. Contrast is given to the blue-tinged hives of stellar activity—regions known to harbor massive blue-white stars—by huge concentrations of black dust. The occasional pink splotches scattered throughout the winding spiral arms are telltale signs of star-formation.

Of course, NGC 613—like most of its galactic brethren—is believed to harbor a secret beneath the thick layers of gas and dust: a black hole heavier than millions upon millions of Suns combined. The Milky Way's central black hole, known as Sagittarius A*, is light by comparison...only weighing around 4 million solar masses. Unlike Sag A, NGC 613's "dark heart" isn't dormant; It continues to actively feed on the gas and dust contained within its host galaxy.