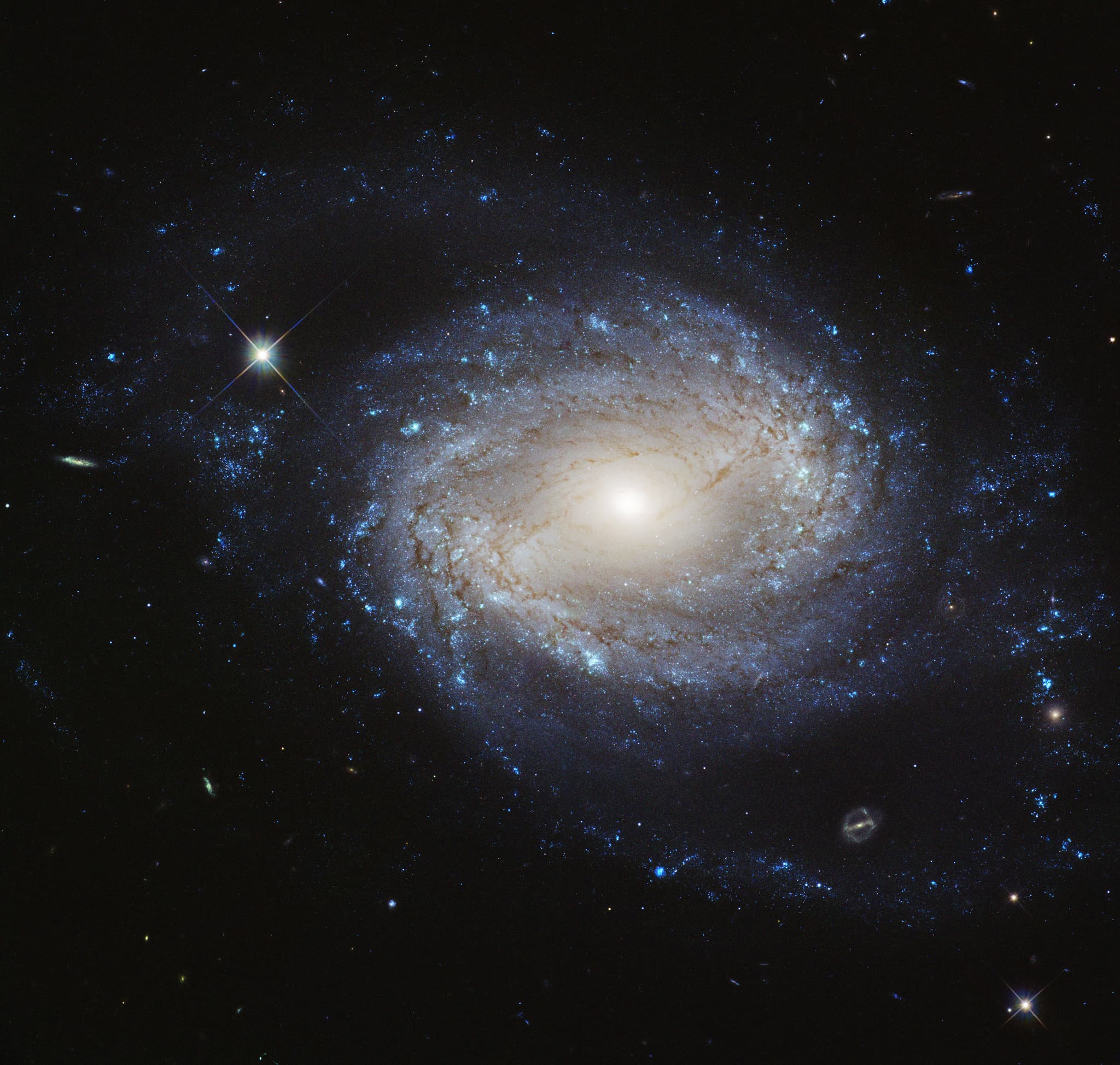 NGC 4639, pictured above, is a galaxy unlike any other. This beauty can be found about 78 million light-years from Earth in the constellation of Virgo. Additionally, It also belongs to the Virgo Cluster of Galaxies.

It gets its unique beauty from its symmetricalness; the oodles of bright, blue-white stars and the long, swirling spiral arms that seamlessly blend into the sprawling central core. They provide its distinctly blue coloring, but the galaxy also has many generations of older, more evolved, stars. Most importantly, it has a large number of Cepheid stars; you might know of them as so-called cosmic mile markers: astronomers use them to calculate how far celestial objects are from Earth.

According to NASA, "Allan Sandage's team used Cepheids to measure the distance to NGC 4639, the farthest galaxy to which Cepheid distance has been calculated (as of 1996). After using Cepheids to calculate the distance to NGC 4639, the team compared the results to the peak brightness measurements of SN 1990N, a type Ia supernova located in the galaxy. Then they compared those numbers with the peak brightness of supernovae similarly calibrated in nearby galaxies. The team then determined that type Ia supernovae are reliable secondary distance markers, and can be used to determine distances to galaxies several hundred times farther away than Cepheids."

In the background, several distant galaxies are also in view (one of them is below and to the left of the really bright star, and the other is in the bottom right, below the main galaxy).