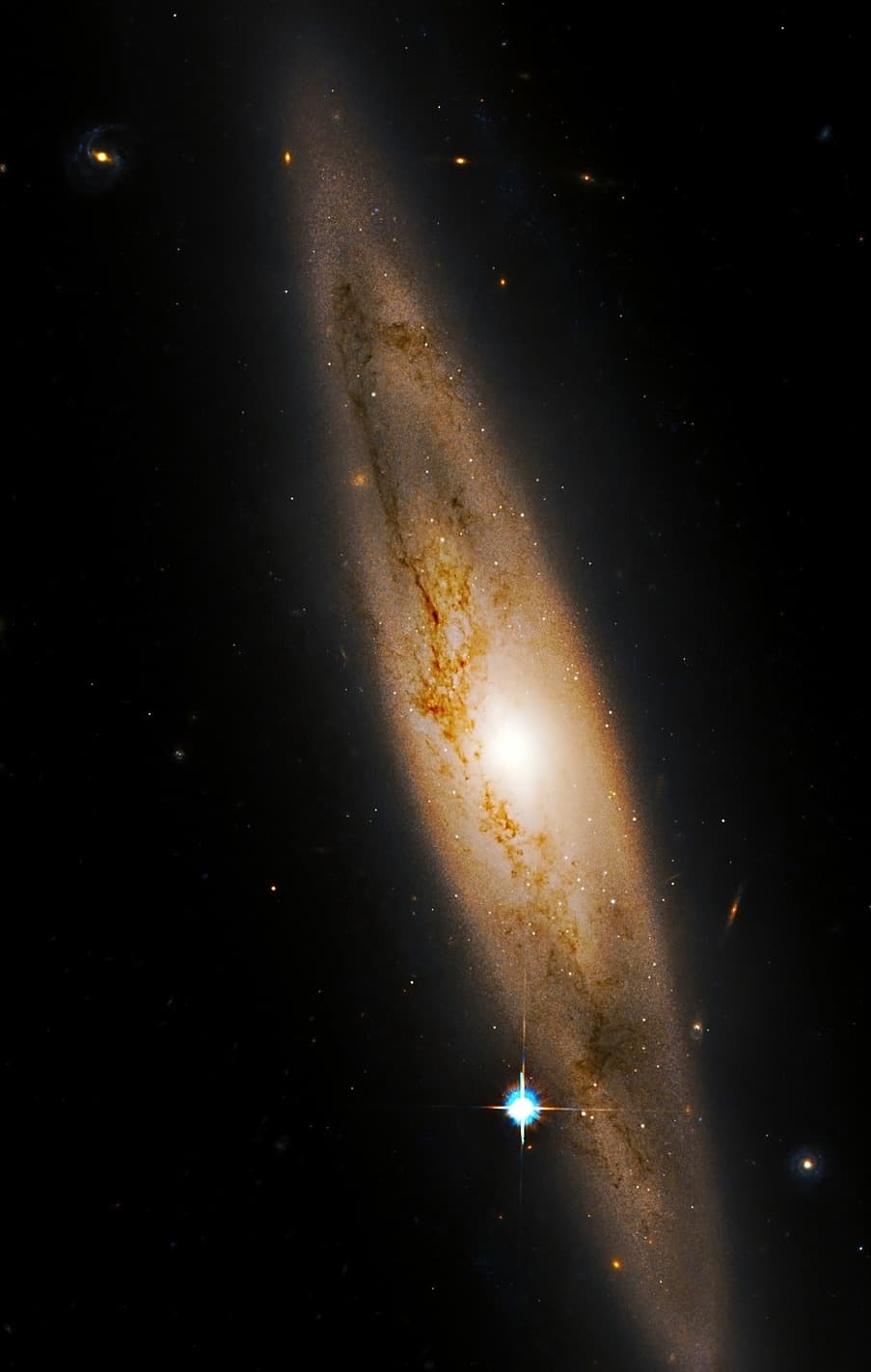 This beautiful galaxy - known as the Needle Galaxy;  one of many celestial objects that are known to lurk within the constellation of Coma Berenices - is located somewhere between 52 million and 110 million light-years from Earth.

As you can see, this lovely galaxy is undergoing a period of star formation , which seems to be waning at this point. Such evidence for this can be seen most prominently near the galactic center, a spot teeming with activity. Activities include harboring a suspected supermassive black hole with the mass of more than a billion suns (or perhaps it hosts a wormhole instead?). As it feeds on new incoming material, it becomes ever the more luminous, while making way for new generations of stars to crop up , thus classifying the galaxy as a starburst galaxy (with an active galactic nuclei).

Our ability to clearly see the activity occurring in the central portion of NGC 4565 (the formal name for the edge-on galaxy we are observing here) is hindered by the simple fact that the galaxy contains a large collection of interstellar dust clouds, which are opaque to visible light rays.