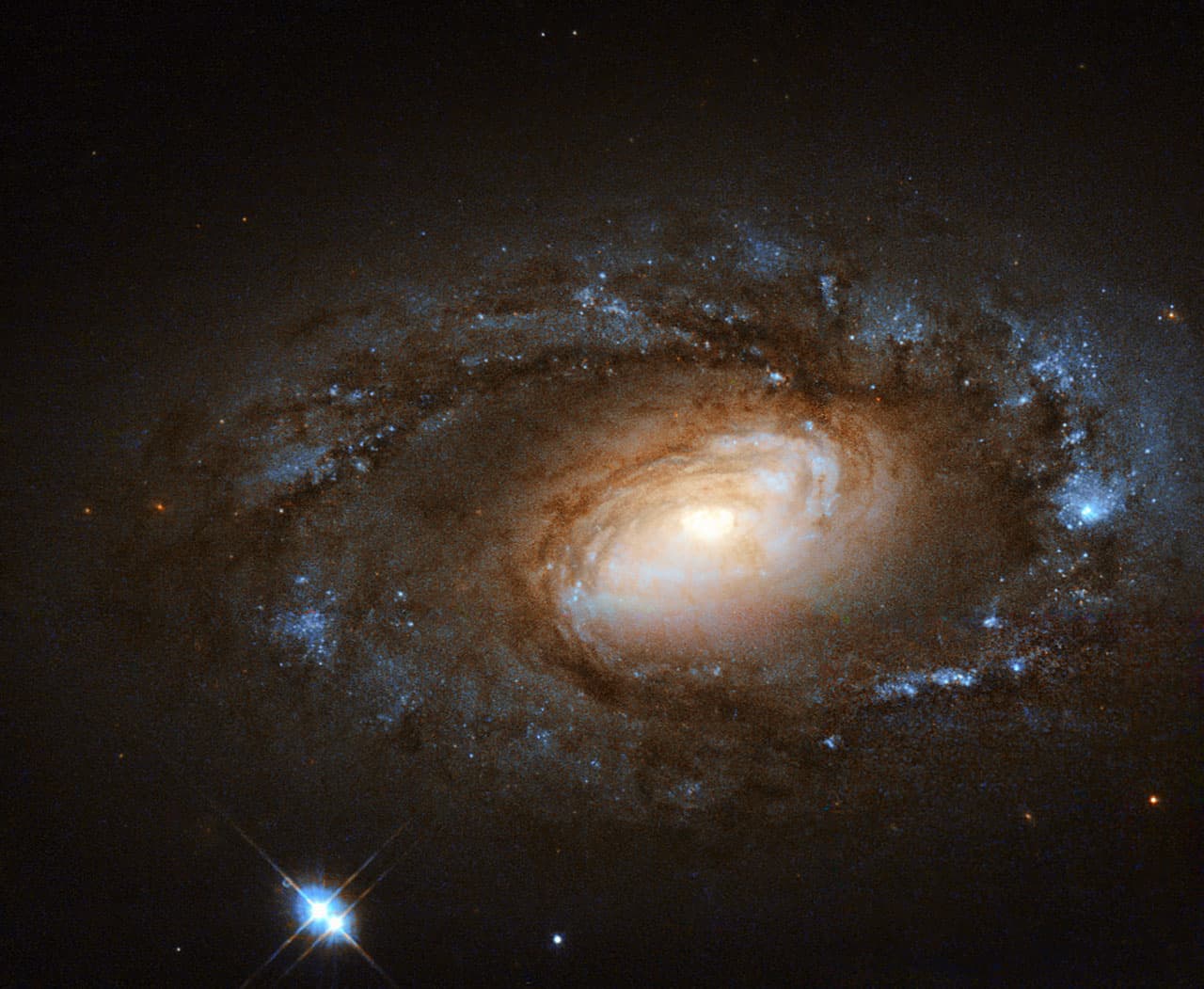 It's hard to believe galaxies this beautiful exist, but they do. This is NGC 4102: a little-known spiral galaxy found about 55 million light-years from Earth in the constellation of Ursa Major.

Taken by the Hubble Space Telescope, this image is a composite that combines optical data with light at infrared wavelengths. Ultimately, each paints a picture of the galaxy's distinct qualities, which include its tightly-wound spiral arms, and the star formation activity happening inside of them.

As the ESA notes, NGC 4102 is primarily notable for having LINER regions, otherwise known as low-ionization nuclear emission-line regions. Simply put, this means that "its nucleus emits particular types of radiation — specifically, emission from weakly-ionised or neutral atoms of certain elements." They go on to say that this attribute isn't all that uncommon. Nearly one third of all known galaxies are LINER.

One hallmark of LINER galaxies is rampant star formation. "This is thought to be intrinsically linked to their centres but just why is still a mystery for astronomers — either the starbursts pour fuel inwards to fuel the LINERs, or this active central region triggers the starbursts. NGC 4102 does indeed contain a starburst region towards its centre, where stars are being created at a rate much more furious than in a normal galaxy," they further explain.