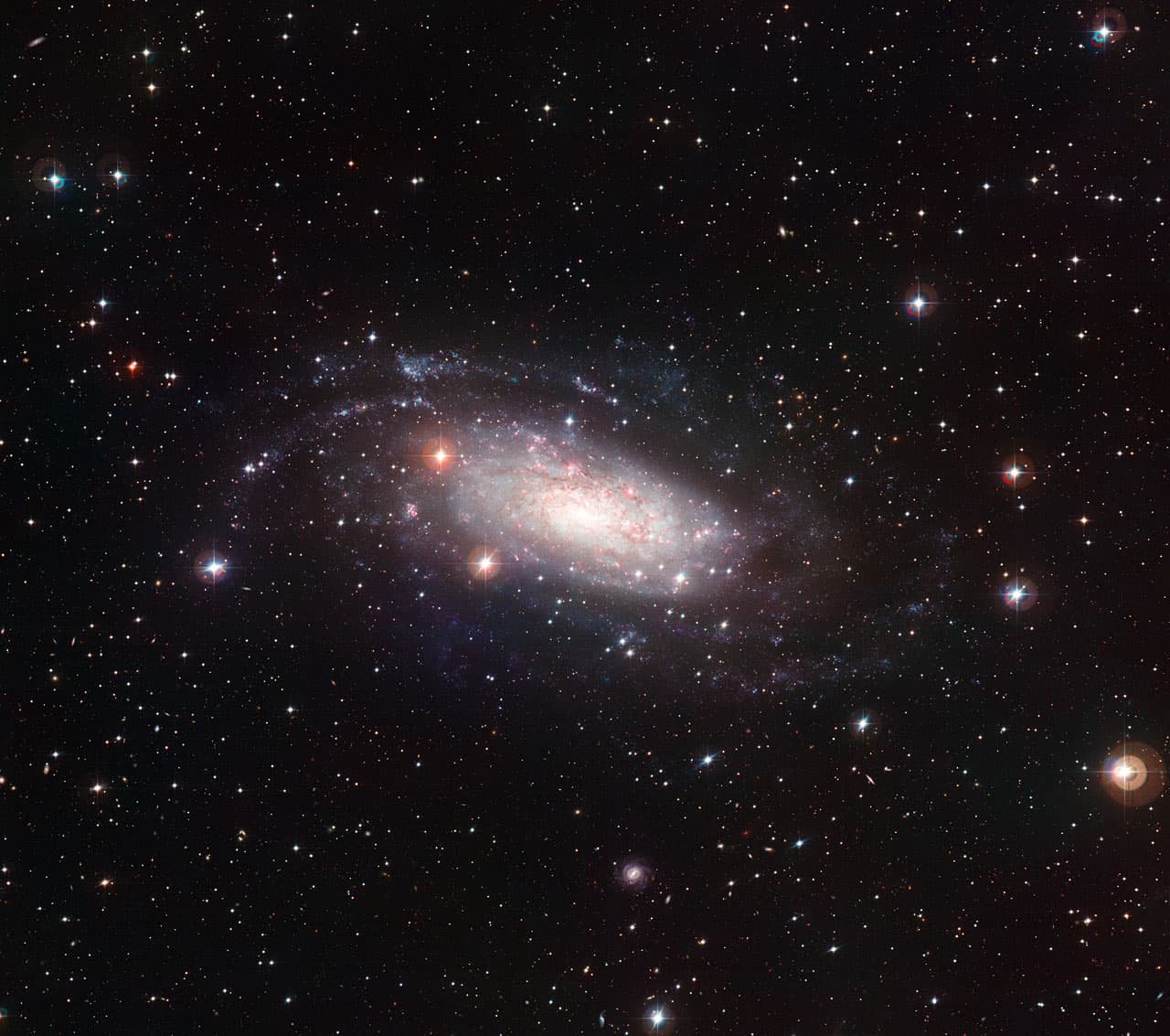 In an image captured by the European Southern Observatory (ESO), we stumble across a strange spiral galaxy, dubbed NGC 3621. It can be found approximately 20 million light-years from Earth, in the constellation of Hydra (otherwise known as the Water Snake).

NGC 3621 is unusual in the fact that it has a nucleus (a rather bright one, at that), but there's no bulge to be found. Normally, bulges are a fixture of spiral galaxies, our own galaxy even has one, pervaded by older generations of stars. But with this galaxy, it has nothing but a thin, perfect disk, which categorizes it as a pure-disk galaxy.

Scattered throughout the galaxy are numerous clumps of massive, hot, blue-white stars, which congregate mostly in the loose spiral arms. However, most are hidden from view by thick blankets of interstellar dust. Those that we can see are so bright, astronomers use them as cosmic mile markers, helping determine how far distant objects are.

Perhaps in the future, NGC 3621 will be a little less picture perfect when it inevitably interacts with another galaxy, which will help reinforce the notion that galactic bulges are the result of gravitational encounters.

According to the ESO, "The data from the Wide Field Imager on the MPG/ESO 2.2-metre telescope at ESO’s La Silla Observatory in Chile used to make this image were selected from the ESO archive by Joe DePasquale as part of the Hidden Treasures competition."