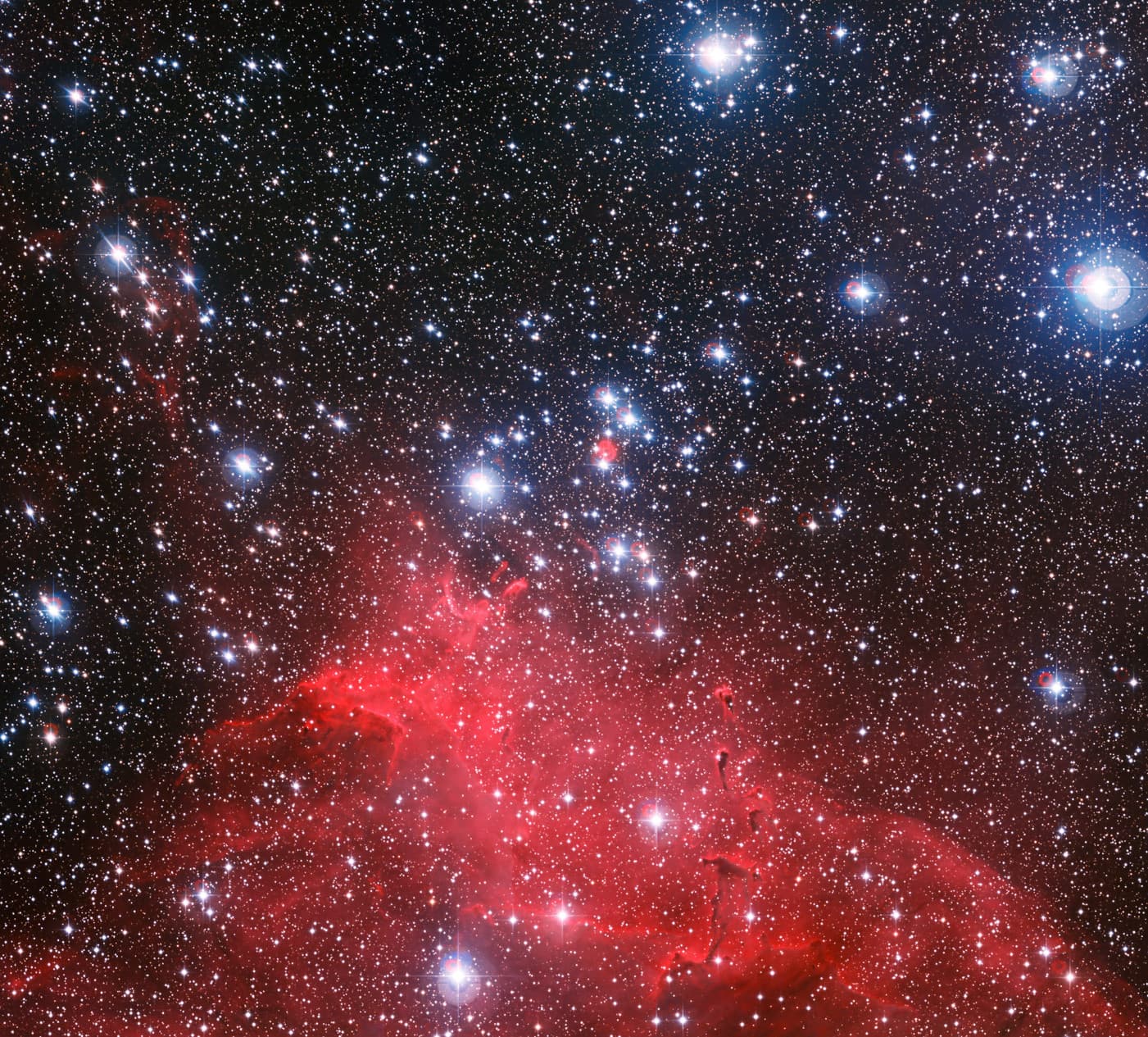 In this whimsical image, we encounter a cluster of stars situated near a molecular cloud. Called NGC 3572, this starscape can be found around 6,500 light-years from Earth in the constellation of Carina.

This view, which was acquired by the Wide Field Imager on the MPG/ESO 2.2-meter telescope at ESO’s La Silla Observatory, captures the cluster at a pivotal point in its evolution. Despite their young age, the stars will only live a fraction of the time their lesser-counterparts (like the Sun) will. In fact, they are so massive, they will explode as supernovae in a few millions of years.

Importantly, the image gives insight into the gas-sculpted bubbles surrounding the central stars, which form as a result of intense stellar winds. In the case of NGC 3572, they are merely a symptom of their chaotic environment, whereby the stars did not form alone, but with multiple partners.

As you can see, they've had a rather beautiful impact on their surroundings, including the molecular cloud from which they were born (seen in black). Gradually, as the stars took shape, the stellar winds started carving huge chunks out of the gas, setting the rest of it alight.

According to the European Southern Observatory,