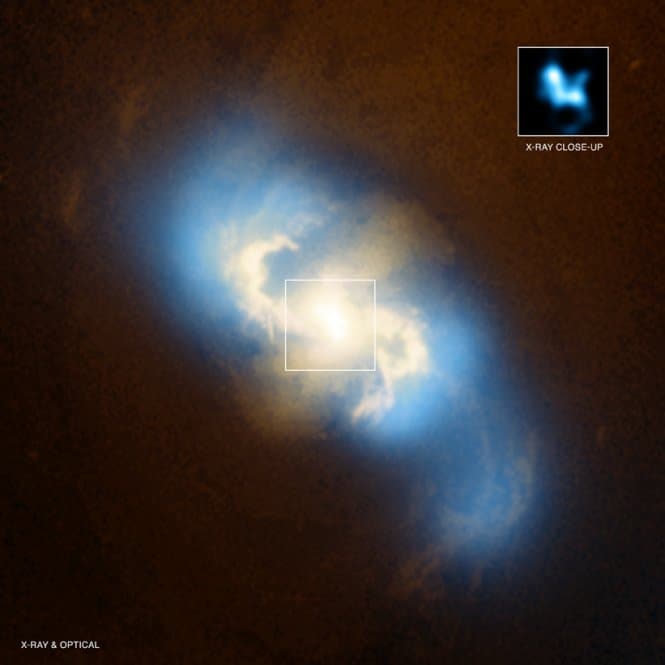 Astronomers believe that almost all massive galaxies have these heavyweight black holes in their central region, though they usually can not be seen in visible light, but at non-optical wavelengths.

This galaxy, called NGC 3393, may not have one central black hole, but two of them. The evidence of which can be seen in this image from NASA's Chandra X-Ray Observatory—in addition to x-ray data (in blue), optical data came from the Hubble Space Telescope (seen in gold).