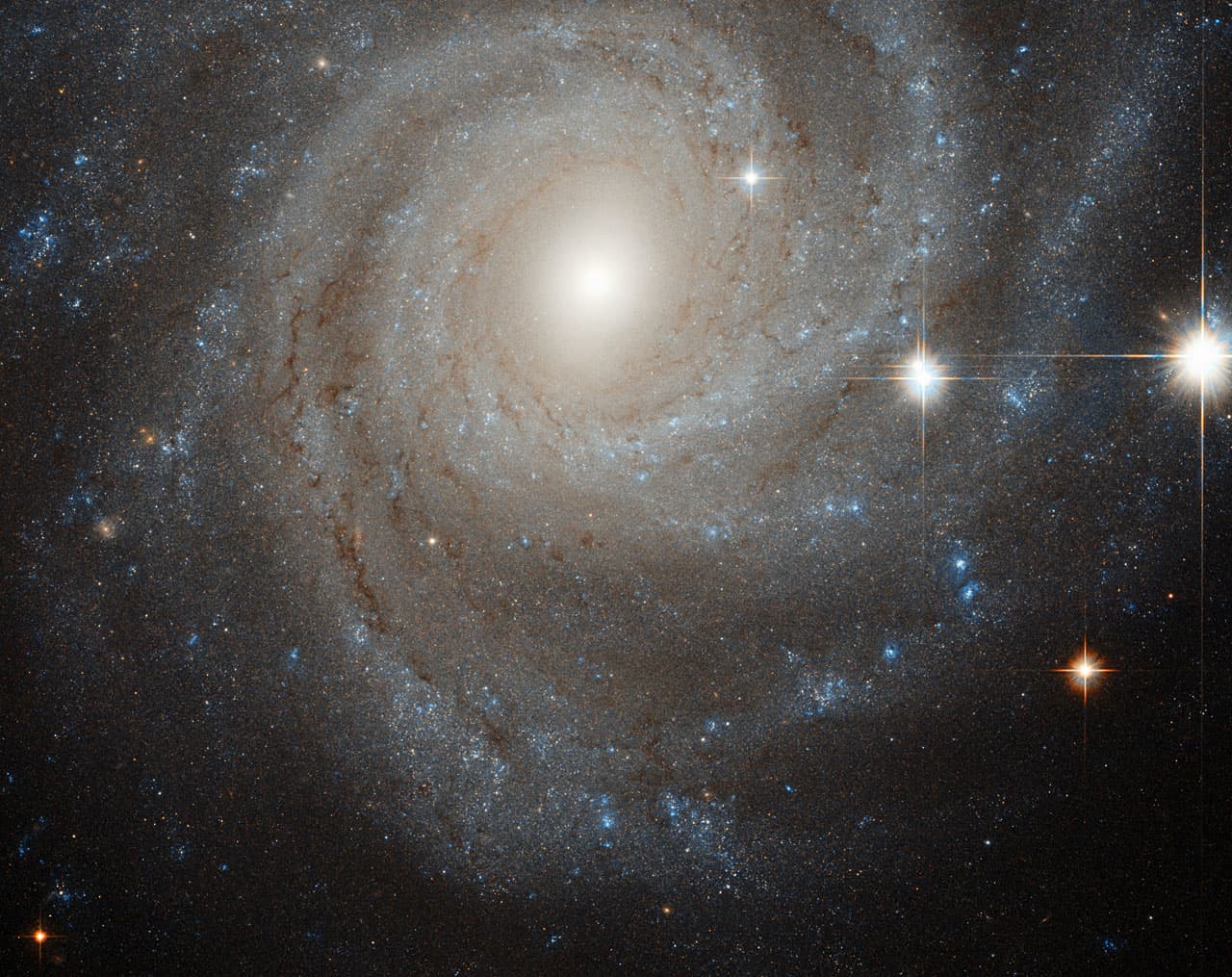 Meet NGC 3344: an exotic spiral galaxy that lurks around 25 million light-years from Earth in the constellation of Leo Minor. From this face-on vantage point, we are able to resolve its inner structure very clearly.

Beautiful features include the outer ring that wraps around an inner one, where the central bar resides. This bar is comprised of stars and gas that are distributed in an elongated manner, most of the stars are decidedly young, with older generations found beyond the central region.

According to NASA, "The high density of stars in galaxies’ central regions gives them enough gravitational influence to affect the movement of other stars in their galaxy. However, NGC 3344’s outer stars are moving in an unusual manner, although the presence of the bar cannot entirely account for this, leaving astronomers puzzled. It is possible that in its past NGC 3344 passed close by another galaxy and acquired stars from it, but more research is needed to state this with confidence."

This image of NGC 3344 is a composite that combines images taken at optical and near-infrared wavelengths of light, all from the Hubble Space Telescope's 'Advanced Camera For Surveys.'