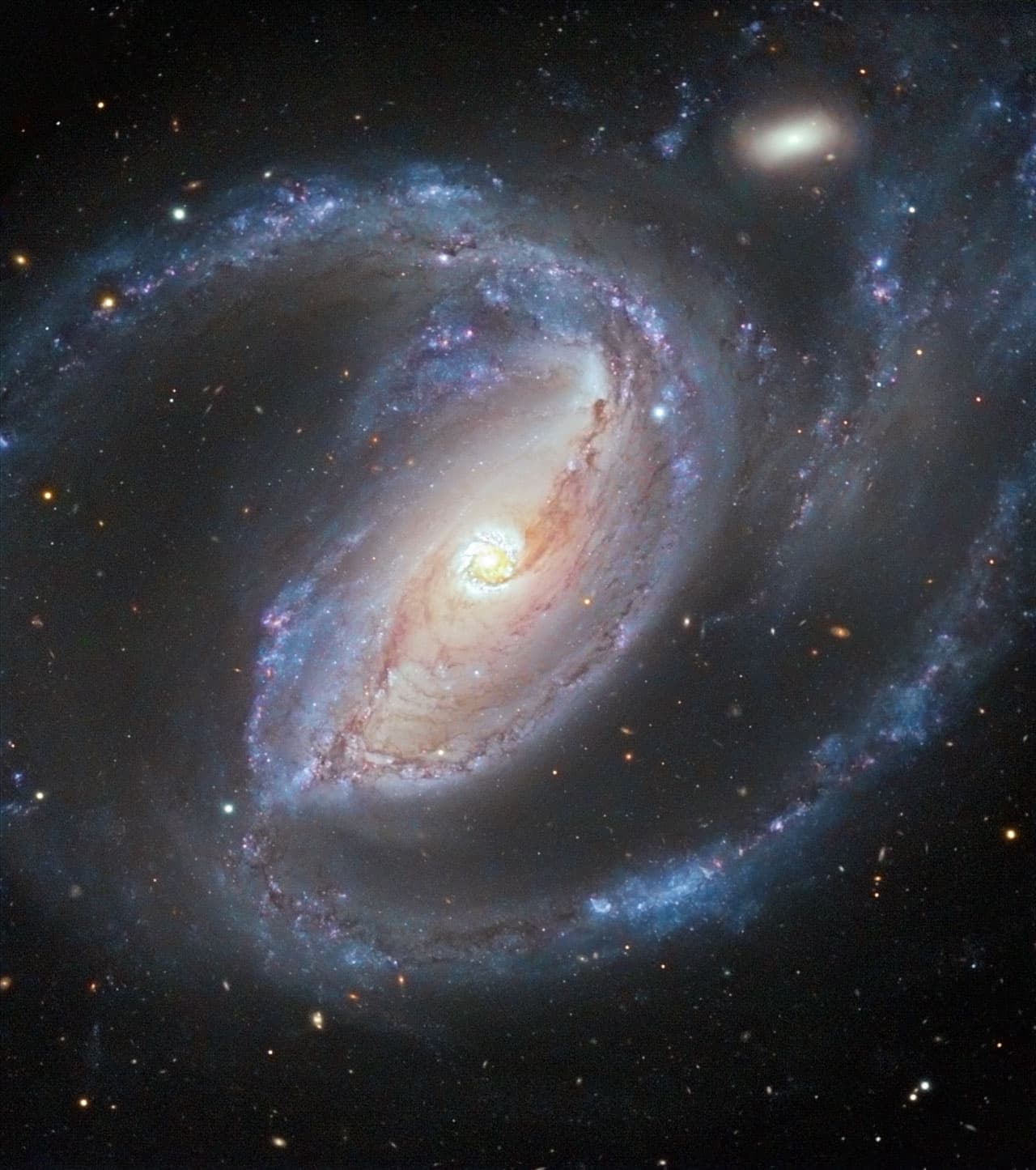 In yet another snapshot of a galactic tango, we see two galaxies - dubbed NGC 1097 and NGC 1097A - closing in on their collective fate (converging from two galaxies, to one super-galaxy)

In this image, we can see just how intricately woven together the two galaxies have already become. It is believed that the larger galaxy (NGC 1097A is, by far, the runt of the litter, with NGC 1097 taking the top-spot size-wise) has started to engulf the smaller one, diverting the companion's resources to its spiral arms. This has resulted in the creation of some kind of an x-shaped structure, which looks even more incredible when viewed next to NGC 1097A's four, prominent jets

The encounter we are currently witnessing will continue onward for the foreseeable future, but it eventually halt when the galaxies, which can be found about 50 million light-years from Earth in the Fornax constellation, finished merging.