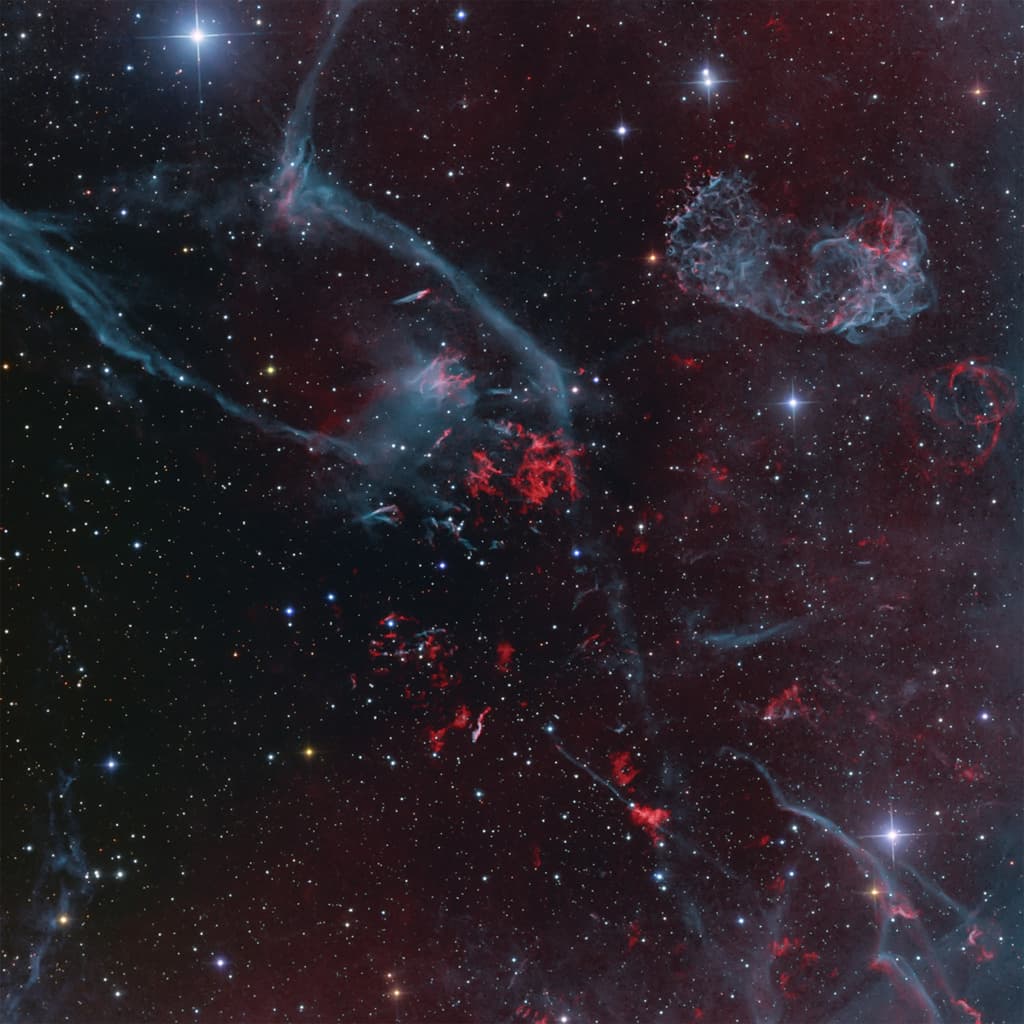 When a massive star reaches the end of its life—a period of time that depends on the star's mass—it collapses in on itself and becomes one of two things: either a neutron star or a stellar mass black hole. Following the life or death struggle, the star sheds what gas remains, going on to form the backbone of a nebula.

Naturally, these objects are very large, bright and complex for a time, until they eventually begin to fade away. Such is the case with this nebula, known as Puppis A. Found approximately 7,000 light-years from Earth toward the Vela constellation, Puppis A is often associated with a bigger and more spectacular nebula: the Vela Supernova Remnant. Although it is older and much closer, they appear nearby from Earth.

Even though it's not as bright as it once was optically, Puppis A is still extremely bright at x-ray wavelengths. In fact, it is counted among the brightest sources of x-ray light in the entire night sky.

This image merely shows narrow and broadband optical data, it's not a composite of light across all portions of the electromagnetic spectrum. As such, it looks much different from an x-ray perspective.

Each individual color corresponds to a different element. Oxygen is represented in blue-green hues, while hydrogen and nitrogen are represented in the red colors. All of the gas, which is unevenly distributed across 60 light-years, continues to expand away from the star that went supernova. The subsequent shockwave, which was probably visible from Earth about 3,700 years ago, accounts for 10 full light-years alone.