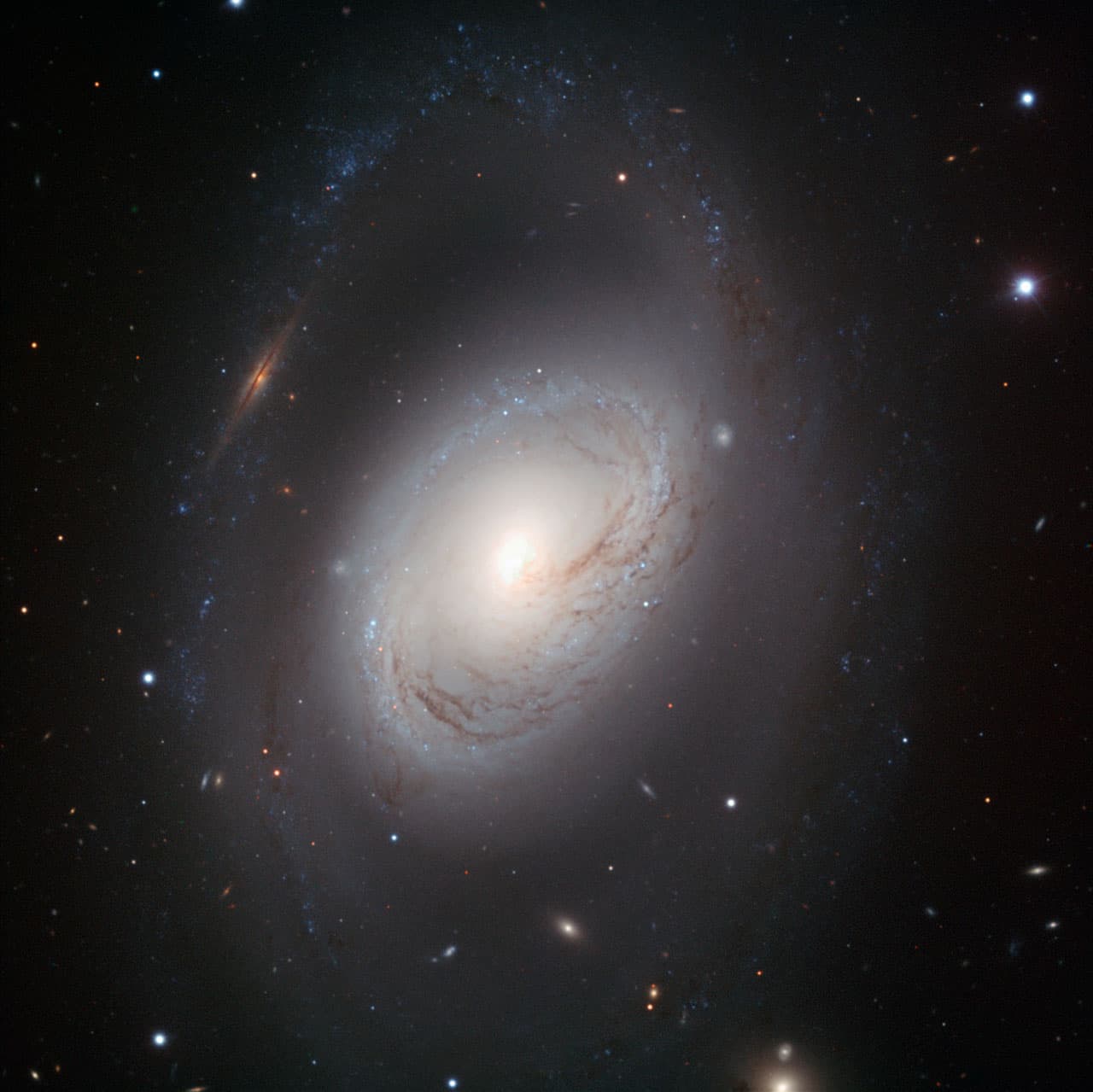 I wonder how Charles Messier felt when he was compiling his now-famous Messier Catalog. As he searched the pitch black sky for fuzzy patches of light, was discovering something new bittersweet, knowing that he would probably never see these faraway worlds with any semblance of clarity?

Looking at this addition to his catalog—a truly mesmerizing galaxy called Messier 96 (otherwise known as M96 or NGC 3368)—that question almost seems rhetorical. Found approximately 38 million light-years from Earth toward the constellation of Leo, M96 is spiral by classification, but it certainly has a few blemishes, which only add character.

If it wasn't immediately clear, M96's most prominent blemish is its misshapen spiral arms, which are usually well-defined. Rather, here they sweep around the galaxy several thousand light-years outward into an egg-like shape. Additionally, it has a displaced central core, and a large amount of its gas and dust aren't where they are suppose to be. The ESO further notes: