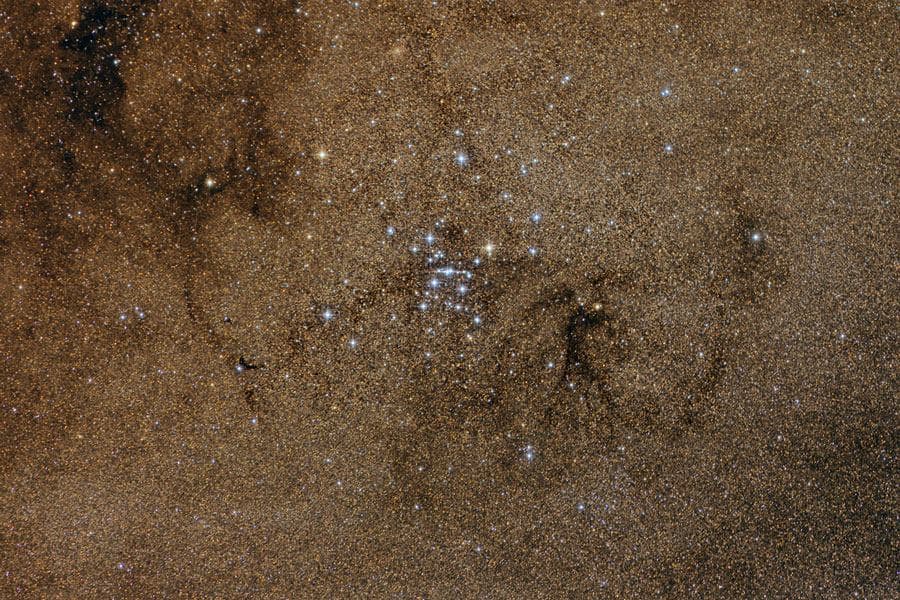 Among the estimated 1,000 open clusters in the Milky Way galaxy (with another estimated 150 globular clusters), Messier 7 is one of the most prominent ones.

Located in the constellation of Scorpius, Messier 7 (also known simply as 'M7') contains a large portion of hot, blue-white, high-mass stars, with several less massive others as well. In total, there are an estimated 100 stars here, which are mostly around 200 million years old. However, the blue stars stand out the most against the mostly dark background, resembling twinkling Christmas tree lights.

Near the galactic center of the cluster is a dark dust cloud, which is composed of tiny grains of interstellar dust -- obstructing our view of the ongoing activity taking place behind it.