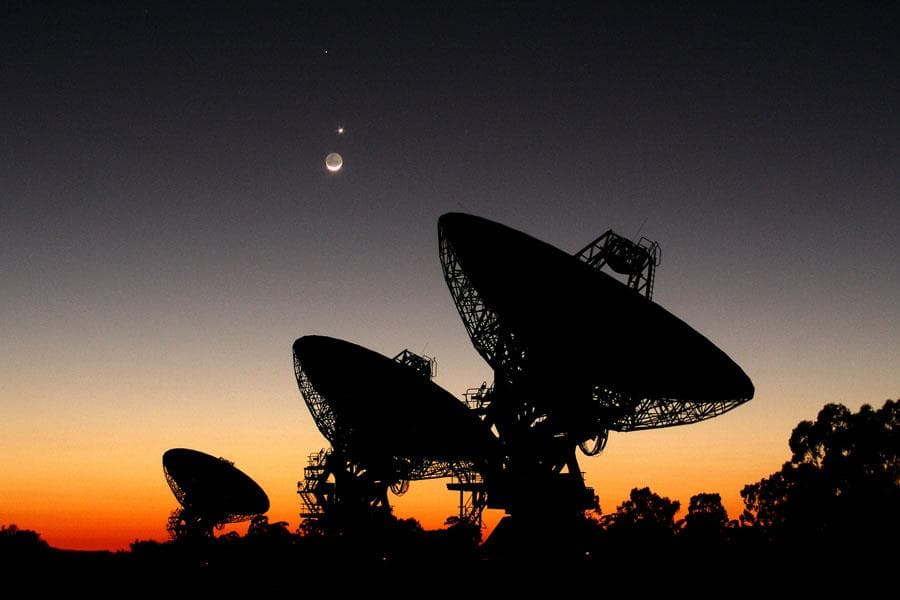 The Moon, Mercury, and Venus are the crowning headpieces for this fantastic image taken just before sunrise at the Australia Telescope Compact Array (also known as ATCA). Located near Narrabri, New South Wales, this array consists of six radio telescopes, making up one of the highest resolution telescope arrays in the world.

Mercury is the highest and smallest of the three objects seen in this image, after that, the Moon and Venus are engaged in their own celestial dance which played out gracefully over the next few nights.

The picture itself was taken on March 6, 2012 by Graeme L. White and Glen Cazens (both of the James Cook University).