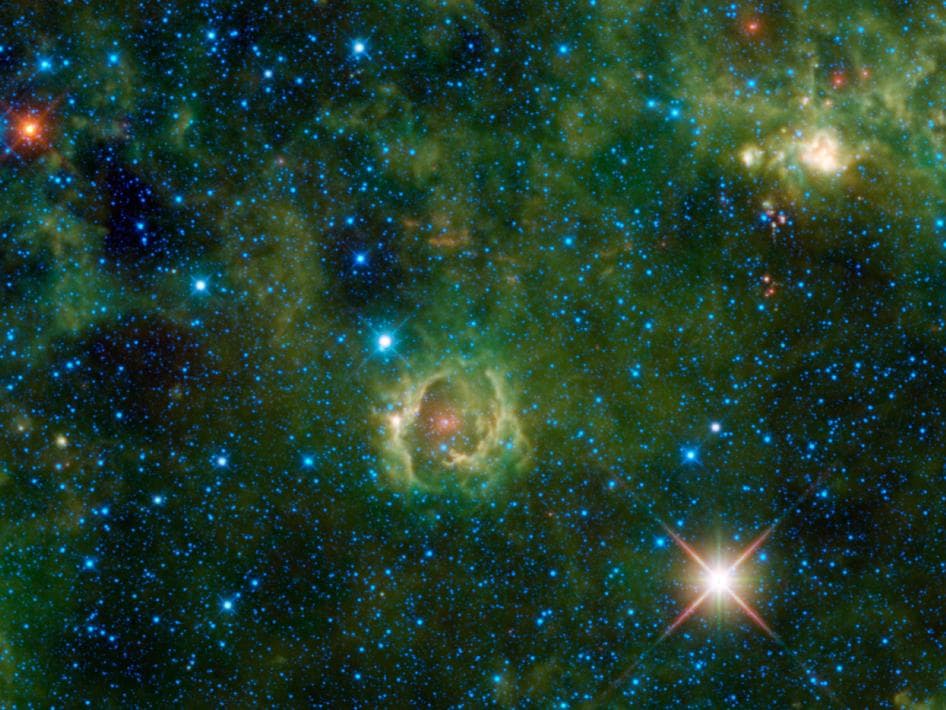 Nebulae are enormous clouds of dust and gas occupying the space between the stars. Some have pretty names to match their good looks, for example: the Rosette nebula, while others have much more utilitarian names. Such is the case with LBN 114.55+00.22, seen here in an image from NASA's Wide-field Infrared Survey Explorer, or WISE.

Named after the astronomer who published a catalogue of nebulae in 1965, LBN stands for "Lynds Bright nebula." The numbers 114.55+00.22 refer to nebula's coordinates in our Milky Way galaxy, serving as a sort of galactic home address.

Astronomers classify LBN 114.55+00.22 as an emission nebula. Unlike a reflection nebula, which reflects light from nearby stars, an emission nebula emits light. Emission nebulae are usually found in the disks of spiral galaxies, and are places where new stars are forming.