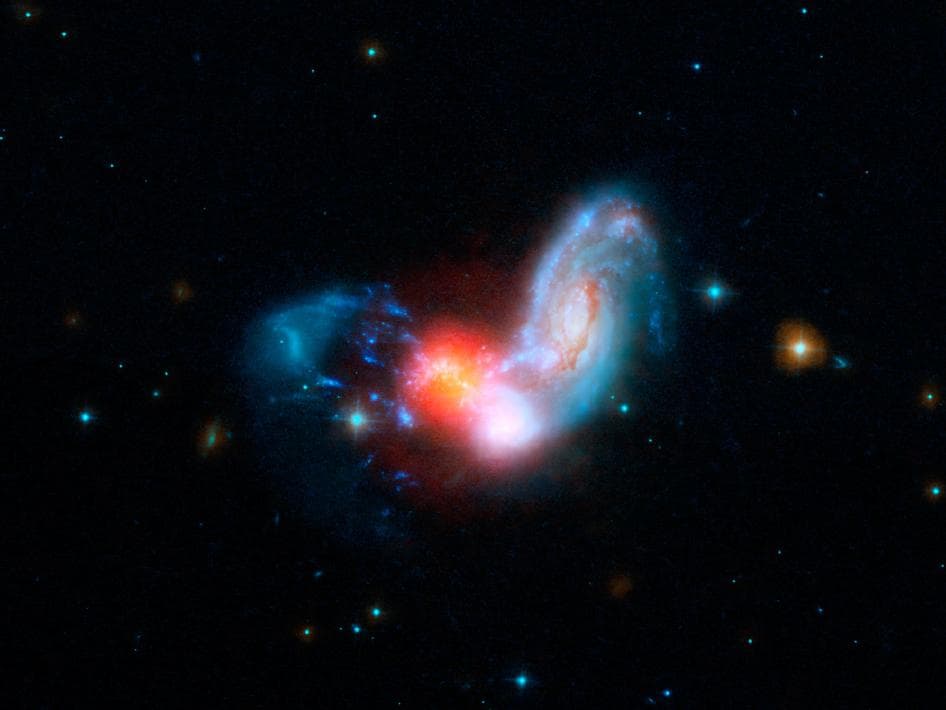 When one hears that the universe is expanding at an ever-accelerating speed, it's natural to conclude that *all* galaxies are swiftly receding away from each other as well. That's true, to some degree, but not all galaxies abide by this unspoken rule. Rather, galaxies belonging to smaller groups and large clusters have a habit of violently clashing, and leaving beautiful chaos behind in their wake.

This object, formally known as II Zw 096, is the result of a gravitational merger that took place about 500 million light-years from Earth in the Delphinus constellation, whereby two galaxies became one (as misshapen as the final product might be). Following the event itself, a new epoch in galaxy evolution materialized, culminating in what we call a "starburst."

Besides its outward appearance, II Zw 096 is known for being the brightest galaxy ever seen "away from the centers, or nuclei, of merging galaxies," according to NASA.

The image above is a composite of data collected by Hubble (seen in blue) and the Spitzer Space Telescope (represented in red). They explain further: