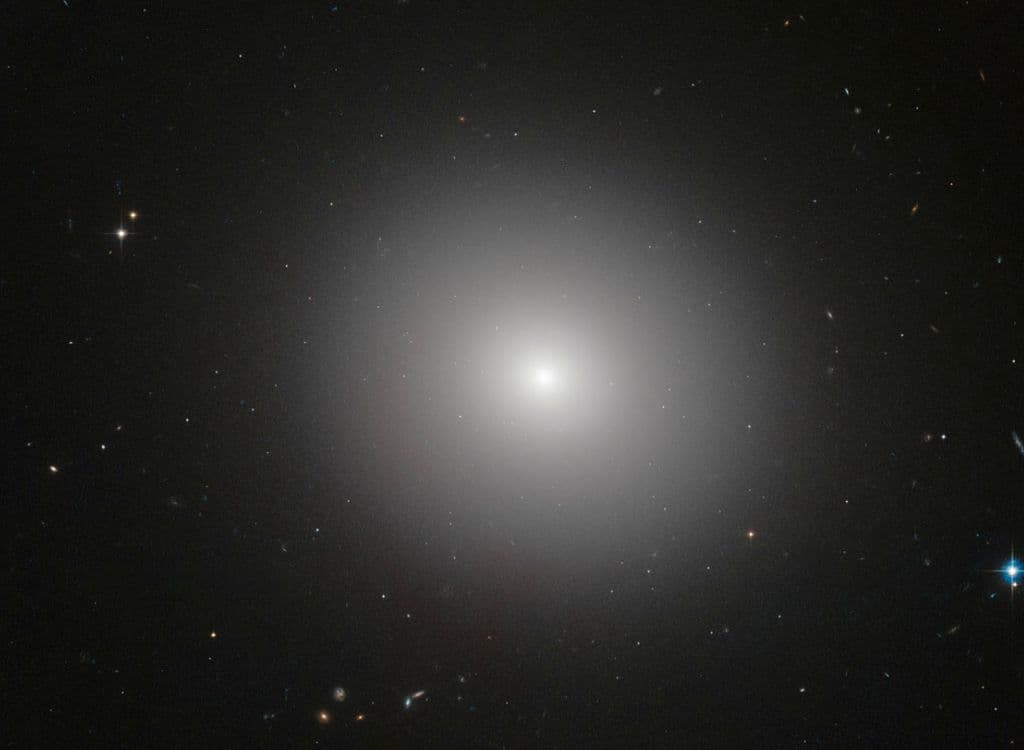 There are many different types of galaxies--each with distinct characteristics. Spiral galaxies, for instance, are known for their picturesque arms; lenticulars straddle the line between spiral and elliptical galaxies; and colliding galaxies tend to be chaotic combinations of different types. Then we have plain old ellipticals—galaxies that are older, much larger and more evolved. It's believed that they grow so large through the absorption of satellite galaxies that wander too close to a primary galaxy.

This galaxy, called IC 2006, is elliptical in nature, which naturally means that star formation activity is minimal at this point in its development (and it has been for an incredibly long time), In fact, this is pretty much the defining characteristic of elliptical galaxies. Similar to stars themselves, a point in time eventually comes when a galaxy has used up most of its star-making resources (like gas and dust), affecting formation rates in a big way. However, astronomers aren't entirely sure why the rate often declines so sharply in these relics. From NASA/ESA: