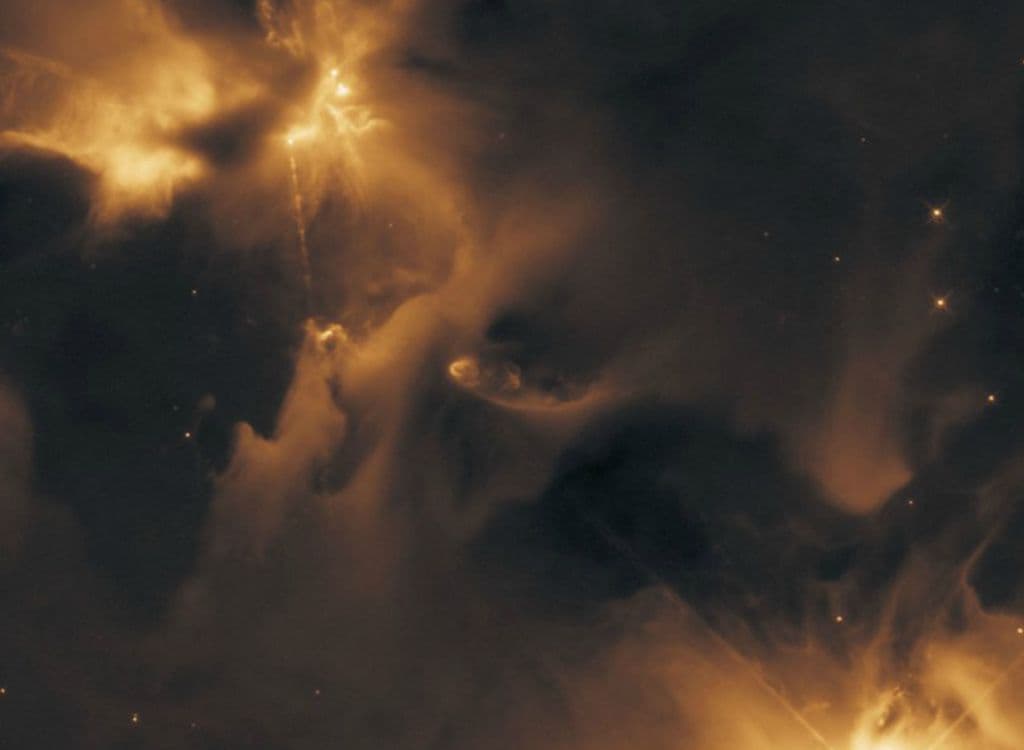 In many cases, far-away nebulae look exotic and other-worldly, but sometimes, we stumble across something that looks vaguely familiar. This region, called HH 24, resembles fire flickering through a dense cloud of smoke, so it qualifies.

Of course, there are no bonfires in space. Rather you are looking at the environment surrounding a young stellar object (YSO): a Herbig-Haro Object, to be specific. Objects within this stellar classification are, naturally, young, and extremely energetic. They are normally associated with beautiful emission nebulae, like this one.

Called HH 24, it also boasts extensive naturally-formed particle beam accelerators, which spit out electrons and protons at speeds exceeding hundreds of millions of miles per second (to learn why you wouldn't want a proton beam aimed at your head, see here). When the energized particles from the quickly-rotating star's poles meet the surrounding debris, they generate the stunning nebula you see above.

This infrared image of HH 24 was captured by the Hubble Space Telescope, and processed by Judy Schmidt. It shows just how powerful a baby star can be, particularly the long, narrow stellar jets that lie perpendicular to the disk. The whole formation can be found approximately 1,500 light-years from Earth in the Orion constellation (in the Orion Molecular Cloud Complex).