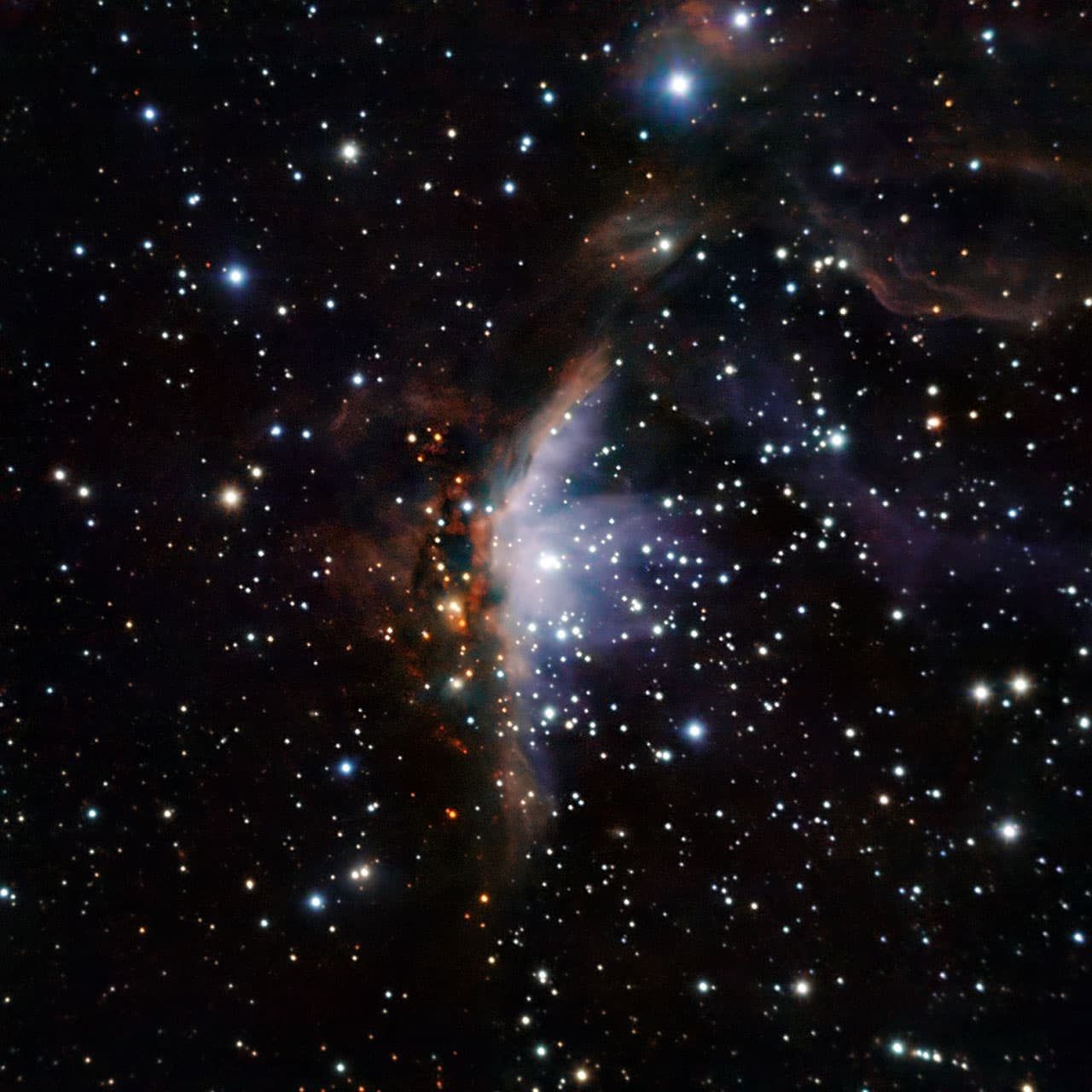 Called Gum 19, this fascinating little nebula appears to have two distinct personalities. One face is shrouded in color and light, whilst the other appears much darker and decidedly ominous.

Gum 19's two face appearance comes down to a single, extremely hot, star (so hot, it reaches temperatures in the range of 54,032 degrees F/30,000 degrees C). The star, called V391 Velorum, is a blue supergiant that energizes surrounding clouds of hydrogen gas, illuminating the region like a flashlight in the dark. It also moonlights as a variable star, which means it has a propensity for discernibly dimming and brightening over time.

Opposite of the HII region is a dark nebula, filled with a remarkable amount of dust. Despite such high concentrations, star formation activity continues unabated. Presently, several stars are brewing within the cloud's interior, and they will make their presence known in due time (perhaps before V391 Velorum goes out in a blaze of glory). From the ESO:

Ultimately, Gum 19 and V391 Velorum can be found approximately 22,000 light-years from Earth in the constellation of Vela. This image of the region was taken using a tool installed on the ESO's New Technology Telescope.