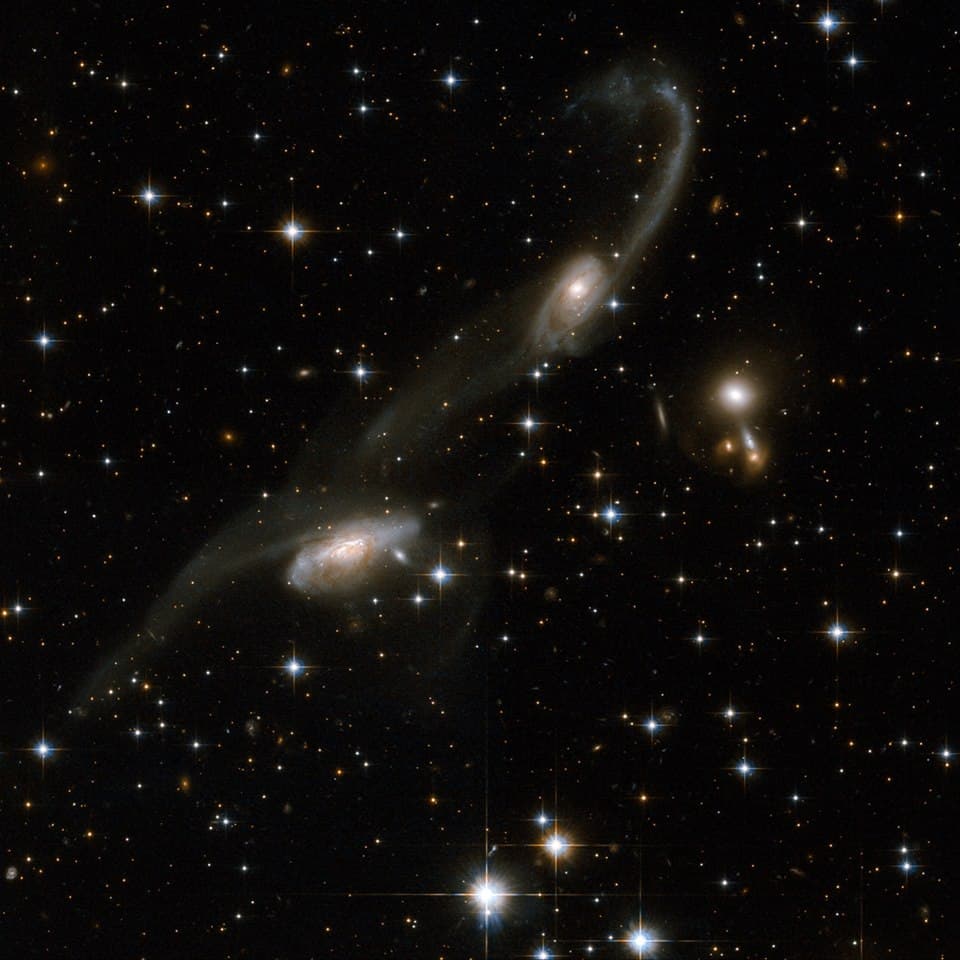 In this image, the Hubble Space Telescope captures gravitational interactions occurring in the Triangulum constellation, some 600 million light-years from Earth. Said gravitational interactions have not only distorted both galaxies to an atypical structure but they are in the process of gradually drawing both objects together; culminating when the two merge to form one super-galaxy.

With ESO-69-6 (also known as ESO 69-6, ESO 069-IG006, or AM 1633-682),we can clearly see that it is home to long tidal tails of interstellar material. These tails have stretched out and expanded away from the active galactic core, helping develop a bridge between the two galaxies. In this case, that material forms a structure that resembles a musical note, painted on the immensely large canvas of space.

See a larger image here, or download a high-resolution version for screensavers here.