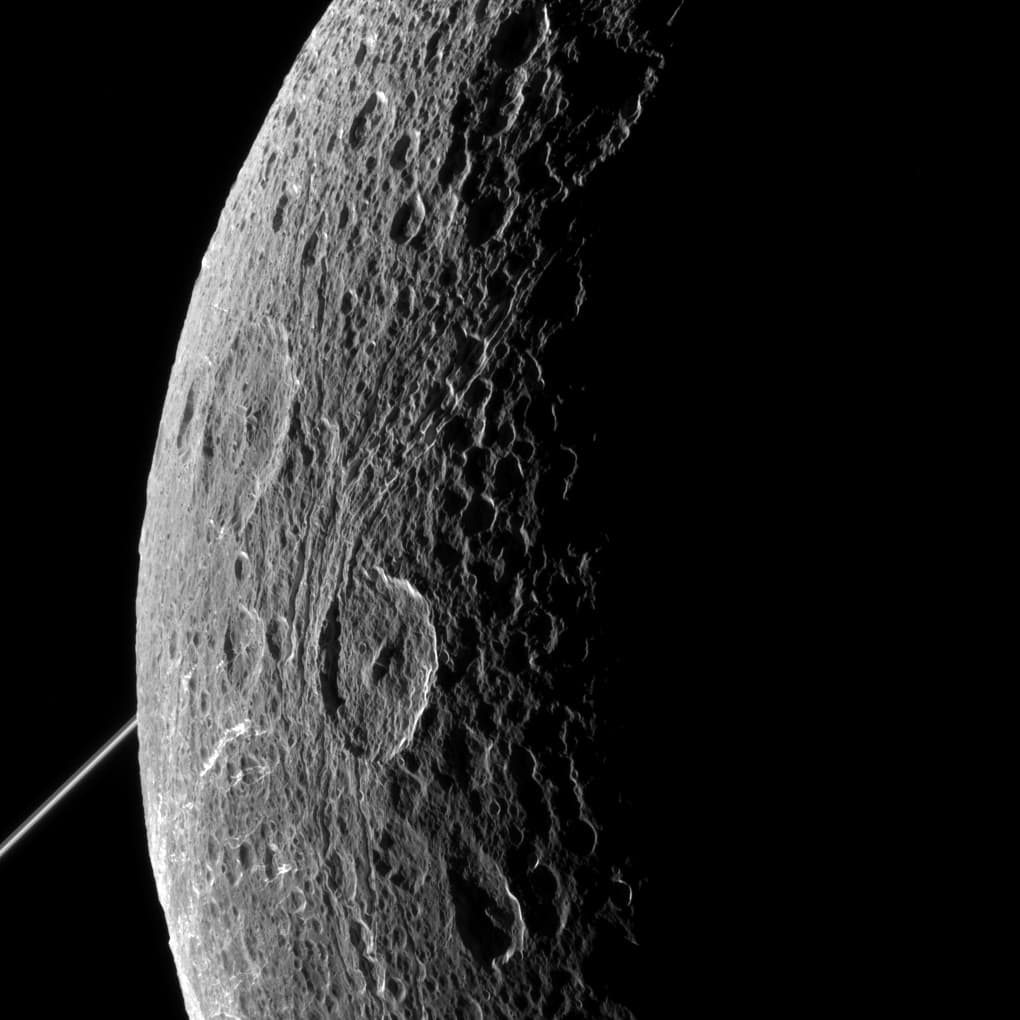 Continuing on its farewell tour of the Saturnian system, NASA's Cassini-Huygens Spacecraft has captured stunning new images of Dione—one of Saturn's small moons (named after the Titanis-goddess, Dione). This particular flyby took place on June 16, 2015, when Cassini was 48,000 miles (77,000 kilometers) from Dione's surface.

Here, you can see why Dione, which lies in close proximity to Saturn's ring system (they peek into the frame on the left), is celebrated for its beautifully scarred surface.. It almost looks like a dirty snowball, and it bears more than a passing resemblance to another one of Saturn's moons—Enceladus.

After 11 years surveying Saturn and its large collection of amazing moons, the Cassini mission is coming to a close. In the near future, the little probe that could will venture into Saturn's atmosphere (a trip it sadly won't survive). (See a larger image here)